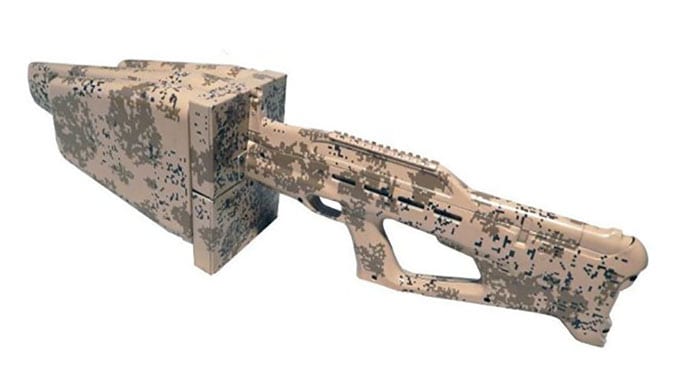 During the ARMY 2018 International Military-Technical Forum, a Russian company called “Avtomatika Concern” (a subsidiary of Rostec state corporation) has introduced an anti-UAV gun called “Pishal” (Пищаль – a Russian word meaning the very early hand cannons). Interestingly, this weapon system will be sold both in the military/LE and civilian markets.

According to RIA Novosti news agency, the company officials informed them that starting from 2019 Pishal anti-drone guns will be supplied to various Russian law enforcement and military units. Currently, they are setting up the mass production of this weapon system in Kaluga Electromechanical Plant. Reportedly, this anti-UAV weapon has been successfully tested in combat. The representative of Concern Avtomatika said that in July 2018, this weapon was used to successfully prevent more than 20 UAV attacks. I assume the testing of Pishal anti-drone gun has been conducted in Syria.

TASS, another Russian news agency, reports that these weapons will be also available in the domestic civilian market. Presumably, it can be used for protecting private properties from attempts of UAV intrusions. It is unknown if the civilian and military/LE versions will be the exact same devices or they will have different specifications.

The way Pishal works is it interrupts the connection between the UAV and control station. It is said to have an effective range of up to 2,000 meters and can work in frequencies from 600 MHz to 6,000 MHz. Pishal weighs three kilograms (about 6 lbs 10 oz) which makes it quite lightweight for use by a single operator. It is also advertised to be harmless for the operator.