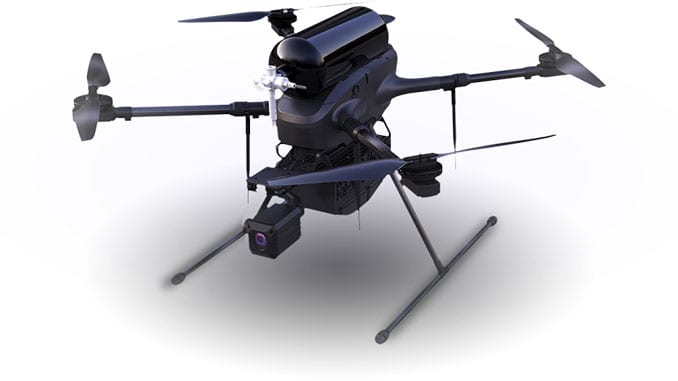 Based on aerial aluminum, the frame of Narwhal 2 is rain, dust and fireproof. As a drone fueled by hydrogen, Narwhal 2’s core components must be absolutely reliable. A metal-based PEM fuel cell is deployed instead of the graphite plate, which greatly accelerates the power density. For storage, Narwhal 2 is equipped with a standard type 4 hydrogen cylinder made of carbon fiber and covered with aluminum alloy with at least 500 filling time lifespans. Moreover, the valve has a built-in temperature sensor.

“After dealing with the data transmission issues, we found that our drone is truly useful for long-distance missions,” the CEO of BSHARK Mr. Ling said. For this reason, Narwhal 2 has been developed with 30 km transmitters. Less than 0.25 seconds’ latency LTE module is also equipped to extend the operation range of UAVs, thus, 3G/ 4G, WIFI and other link methods are all available to link the drones and control stations.

Based on the sustainable use of the hydrogen fuel cell for the enhancement of flight endurance for drones, BSHARK is committed to pursuing harmony between flight pleasures and environmental and safety features. BSHARK aims to offer hydrogen fuel cell drones on the commercial market at affordable prices.

No Replies to "BSHARK Launches The Narwhal 2 Hydrogen Drone"