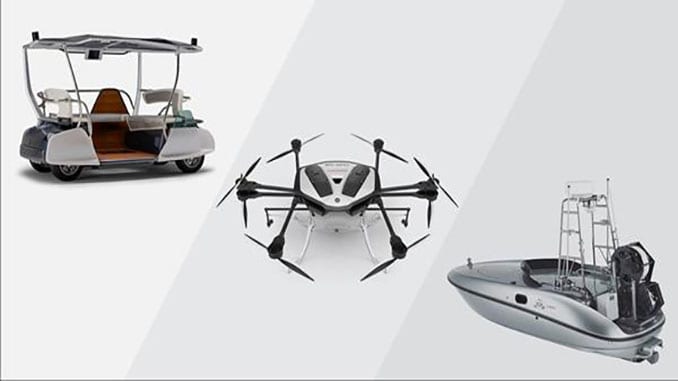 “Jetson AGX Xavier is a gamechanger for the autonomous machines industry,” said Deepu Talla, vice president and general manager of Autonomous Machines at NVIDIA. “Using Xavier to infuse intelligence into its machines, Yamaha Motor will be able to bring to market what once seemed impossible to create.”

“Yamaha Motor continuously strives to create inspiration for people and meet their expectations,” said Hiroaki Fujita, chief general manager of Advanced Technology Center and Solution Business Operations at Yamaha Motor. “By standardizing our autonomous machine development platform on Jetson AGX Xavier, Yamaha Motor will transform all of our products with more intelligence, to deliver excitement and the best experience for all users.”

Application of AI in Wide-Ranging Fields
Automating processes with smart machinery is critically important due to Japan’s aging population, particularly in the agricultural sector, where the average worker is 66.6 years old and the workforce has declined more than 30 percent from 2010, according to the Japan Ministry of Agriculture.

Yamaha Motor will develop Jetson AGX Xavier-powered unmanned ground vehicles and drones to efficiently spray farmland, pick fruits, and transport harvested crops and equipment. The company expects to begin testing these devices in 2019, with the goal of a public launch shortly afterward.

Staying in the Driver’s Seat of Innovation
Yamaha Motor will also add Jetson AGX Xavier to create a fleet of autonomous last-mile vehicles to transport people, from shoppers to the elderly.

These vehicles will be targeted for use cases such as rural regions where taxis and buses are not readily available. Some 7 million shoppers there require regular transportation, and that number is increasing annually, according to the Japan Ministry of Economy, Trade and Industry.

A Sea of Possibilities
Yamaha Motor is one the world’s largest suppliers of marine vehicles. The company plans to expand its presence with Jetson AGX Xavier to create autonomous vehicles for use cases such as deep-sea exploration robots and automated sailing of boats.

Availability
The NVIDIA Jetson AGX Xavier developer kit is available now for $2,499. Members of the NVIDIA Developer Program are eligible to receive their first kit at a special price of $1,299. Attendees of GTC Japan can also purchase the kits onsite through local distributor, Ryoyo.

About NVIDIA
NVIDIA‘s (NASDAQ: NVDA) invention of the GPU in 1999 sparked the growth of the PC gaming market, redefined modern computer graphics and revolutionized parallel computing. More recently, GPU deep learning ignited modern AI — the next era of computing — with the GPU acting as the brain of computers, robots and self-driving cars that can perceive and understand the world.

Xsens Raises The Standard For IMU Performance With MTi 1-series