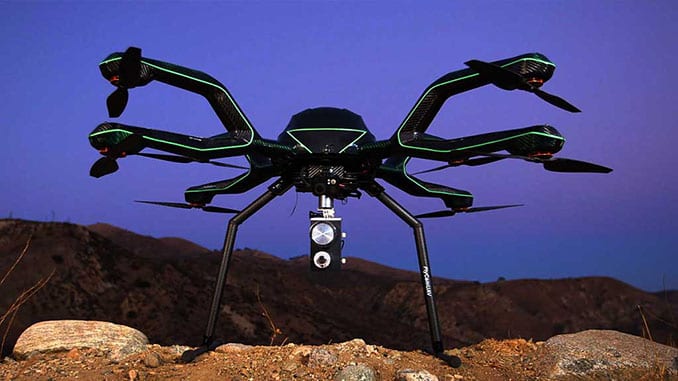 US Nuclear Corp. recently attended and participated in the Urban Shield event from September 7-10, 2018 in the Bay Area.  Urban Shield is a disaster training exercise involving local, national, and international first responder agencies, including: the national guard, police and fire departments, search & rescue, homeland security, FBI, FEMA, DOE, and many more.  The main goal of Urban Shield is to evaluate the preparedness and the capabilities of first responders in response to high-level threats in high-density areas and finding ways in which to improve.

US Nuclear Corp. participated in an emergency service scenario wherein a car containing radioactive material had been blown up.  Radioactive sources were placed in/near the blown-up vehicle, and it was up to US Nuclear to utilize their Drone-RAD to fly over the incident area to map the radioactive hotspots before emergency responders moved in to mitigate the situation.

US Nuclear flew the NEO Drone-RAD, a heavy-lifting, all-weather octocopter with the Gamma Search Tool detector equipped, which is designed to detect radioactive gamma emitting hotspots on the ground and log and transmit the GPS tagged data back in real-time.  The mission was successfully completed and the Drone-RAD demonstrated its ability to measure and pinpoint the gamma sources, and overlay all the data on Google Maps so the first responders could easily visualize the radioactive zones and where the concentration was the highest.  It was widely agreed by all the emergency service personnel present that the Drone-RAD is an essential tool that every first-responder service should have for emergencies involving radiation exposure.

US Nuclear’s unique Drone-RAD was the only radiation and chemical detecting drone present at Urban Shield.  As emergency services continue to improve, there will be a greater emphasis on acquiring the special tools needed to effectively address certain emergencies, especially in high-density areas.  This includes the Drone-RAD, which is pivotal for quickly surveying and mapping radiation-related emergencies to mitigate first responder and public exposure to potentially harmful radiation.