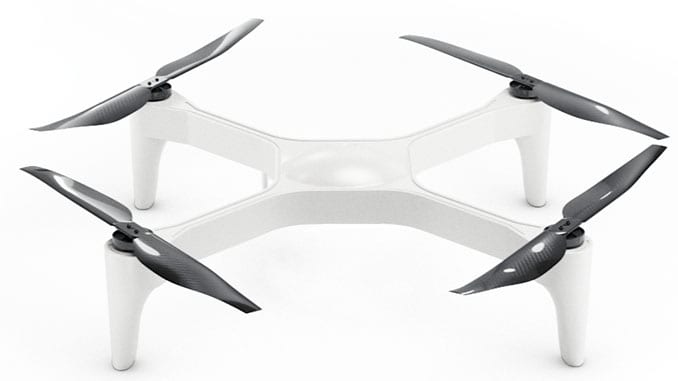 Impossible Aerospace, a company poised to upend the status quo of aviation with long-range electric aircraft, today announced its takeoff from stealth mode to a viable product. On the heels of a $9.4 million Series A, Impossible Aerospace has unveiled the US-1, an electric commercial-grade drone with a flight time of up to two hours. The battery life of the US-1 outperforms the approximate 25-minute single-charge flight time of other drones available today and brings it to parity with gasoline-fueled systems.

The US-1 is the first aircraft designed with a “battery-first approach,” which the company says is necessary to enable electric aircraft to compete with conventionally fueled incumbents. It is the product of years of development by a team of world-class engineers, including motor and battery experts from Tesla, SpaceX and other leading companies.

Impossible Aerospace has already begun selling its first units, equipped with optical and thermal sensors, to firefighters, police departments, and search and rescue teams across the U.S.

“The US-1 is more than just a drone. It’s the first aircraft designed properly from the ground up to be electric, using existing battery cells without compromise” said Spencer Gore, CEO of Impossible Aerospace. “It’s not so much an aircraft as it is a flying battery, leveraging an energy source that doubles as its primary structure. This is how electric aircraft must be built, if they are to compete with conventional designs and displace petroleum fuels in aviation.”

The $9.4 million Series A funding, led by Bessemer Venture Partners, brings the total amount raised by Impossible Aerospace to over $11 million. Returning investor Eclipse Ventures and new investor Airbus Ventures also participated in the latest round of funding. David Cowan of Bessemer Venture Partners and Greg Reichow of Eclipse Ventures will join the company’s Board of Directors as the company scales production for the US-1 and develops new future products.

Given the growing concern over privacy and national security issues, Impossible Aerospace has confirmed that every US-1 will be engineered and assembled entirely in the U.S. Government and private customers alike are actively seeking domestic alternatives to internationally-developed aerospace technology, which drives momentum and demand for the US-1.

“From both a cost and environmental standpoint, the future of aviation is electric,” said Greg Reichow of Eclipse Ventures. “We invested in Impossible Aerospace because of their thoughtful and systematic approach to re-thinking the fundamentals of electric aircraft. Our first product, the US-1, outperforms existing solutions in a market crying out for reliable, domestically-manufactured long-duration aircraft, while validating the technology required to build aircraft of the future.”

The US-1 will be available for delivery in late 2018 and sold online. For more information or to learn more about Impossible Aerospace, visit www.impossible.aero.

Impossible Aerospace is on a mission to assemble the highest performance aircraft possible with electric propulsion. The company was founded in 2016 and is headquartered in Sunnyvale, California. Impossible Aerospace was founded by Spencer Gore, and is backed by Bessemer Venture Partners, Eclipse Ventures and Airbus Ventures. All Impossible products are designed, assembled, and supported in the USA. For more information, www.impossible.aero.

No Replies to "Impossible Aerospace Raises $9.4 Million Series A Funding, Unveils The US-1 UAS"