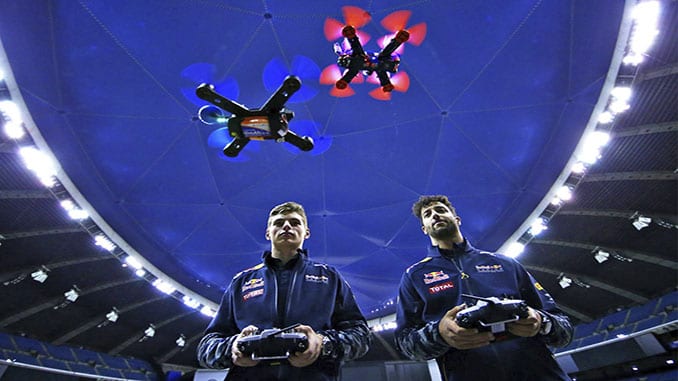 International Drone Racing Grand Prix (IDRGP), one of the most influential drone racing events in the world, is taking place in southwest China’s Chongqing Municipality for the first time from August 23 to 25.

The competition, which is being held during the 2018 Smart China Expo (SCE), mainly involves racing drones, also known as crossing drones. Unlike the common camera drones that focus on stability and safety, racing drones usually are smaller and lighter and focus on speed and flexibility, with a maximum speed of 140km/h to 160km/h.

“We have already prepared VR headsets for the attendees who are able to experience it from a first-person perspective,” said Zheng Xiaoting from Geek Park. “As an international event, the race will expand popularity among Chinese young people and boost the development of the UAV sports industry.”

It is hosted by the Chongqing Municipal Government, Ministry of Science and Technology, Ministry of Industry and Information Technology, Chinese Academy of Sciences, Chinese Academy of Engineering and China Association of Science and Technology; organized by Chongqing Economic and Information Technology Commission, a subsidiary of Xinhua, and the People’s Government of Banan District in Chongqing; co-organized by Chongqing Center of China Economic Information Service; executed by Beijing Legends Geek Management Consulting Co., Ltd.; and supported by Shenzhen Yuyu Culture Communication Co., Ltd.