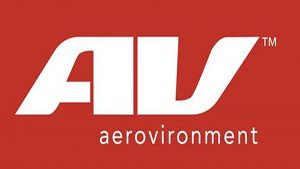 The Puma AE II is a small unmanned aircraft vehicle designed for land and maritime operations. It is capable of landing in water or on land.

The Puma can stay in the air for over three hours using a battery and operates at an altitude of up to 500 feet. It weighs only 14 pounds and is less than 5 feet long, making it possible to launch by hand.

The Wasp AE Micro Air Vehicle is a similar small unmanned aerial vehicle, is based off of the Wasp III and is designed to be man-portable. It can stay in the air for up to 50 minutes is only a little over three feet long and weighs less than three pounds. The Wasp operates at up to 500 feet.

Both UAVs are designed for intelligence, surveillance and reconnaissance and carry common ground control systems which include the Digital Data Link M1.

Work on the contract will be performed in Monrovia, Calif., and is expected to be completed by July 2019. Army fiscal 2018 operations and maintenance funds in the amount of $17.5 million have been obligated upon award, according to the Pentagon.