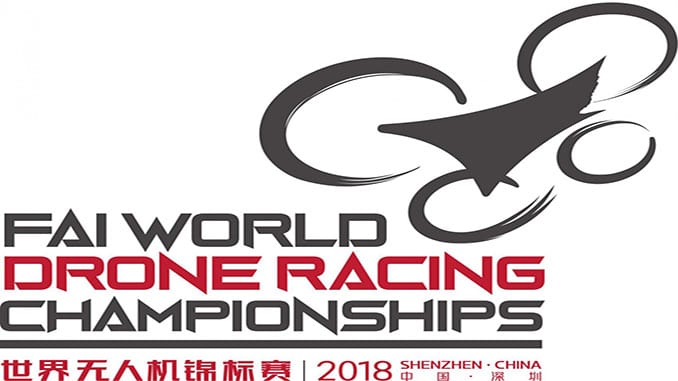 There are just 100 days to go until the most exciting event on the international drone-racing calendar – the first ever FAI World Drone Racing Championships – kicks off in Shenzhen, China.

Being held at the Shenzhen Universiade Center Stadium from November 1 to 4, 2018, the four-day event will bring together top-flight drone racers from all over the world.

Competition is fierce among drone racers fighting it out to be picked for the event, at which only pilots selected by their country or by FAI can take part.

From South Korea to Spain, everyone who’s anyone in drone racing is keen to have the chance to be named FAI Drone Racing World Champion!

The 1st FAI World Drone Racing Championships will include classifications for both female and junior pilots, in addition to the general individual and national team classifications.

Competitors must successfully pass through qualification and elimination rounds to reach the final, where they will battle it out to be crowned an FAI Drone Racing World Champion.

Preparations undertaken so far include the running of the 2018 China Drone Racing Open in May at the same venue as a test event for the Championships.

*In FAI drone racing, several (up to six) radio controlled multi-rotor model aircraft fight it out to be the fastest around a closed circuit.

*The drones used are multi-rotor craft that weigh no more than 1kg and are equipped with on-board video cameras that transmit real-time video images to the googles worn by the pilots, allowing him to control the tiny aircraft around the circuit.

*The circuit include gates and other obstacles around which pilots must navigate to reach the finish line in the fastest time.

*The events can take place inside or outside.

*The winners of each race go on to face one another in successive races culminating in a final round that determines the overall champion.

*National teams must consist of:

* Each competitor and team manager of any national team must possess a valid FAI Sporting Licence.

*The event will be run by:

FAI, the World Air Sports Federation, is the world governing body for air sports and for certifying world aviation and space records. The FAI was founded in 1905 and is a non-governmental and non-profit-making organisation recognised by the International Olympic Committee (IOC).