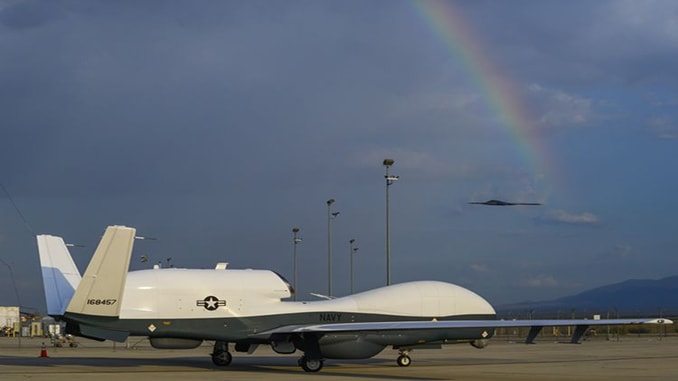 Rolls-Royce Corp. has been awarded a contract for the maintenance, repair and rebuilding of engines used on MQ-4C Triton and RQ-4 Global Hawk drones.

The contract, announced Tuesday by the Department of Defense, is valued at $420 million and provides for the maintenance, repair and rebuilding of AE 3007H engines, as well as for program management and sustaining engineering services.

The AE 3007 series of engines is used on a variety of civilian passenger jets, such as the Cessna Citation X, in addition to military aircraft such as the Brazilian Embraer R-99 and Northrop Grumman’s MQ-4C Triton and RQ-4 Global Hawk unmanned aerial vehicles. For the military, the engine is classified as the F137.

The RQ-4 Global Hawk is a large high-altitude unmanned aerial vehicle used for intelligence, surveillance, and reconnaissance operations. It has a wingspan of over 130 feet and has a maximum takeoff weight of 16 tons, making it very large for a UAV.

The MQ-4C Triton is a derivative of the RQ-4 Global Hawk surveillance UAV. It is designed as a sensor platform for long-range and high-endurance surveillance missions over ocean and coastal areas.

Work on the contract will be performed in Montreal, Canada, and at Tinker Air Force Base, Okla., and is expected to be concluded by June 2024.

More than $8.2 million in fiscal year 2018 operations and maintenance funds of the Air Force and Navy have been obligated to Rolls-Royce at the time of the award for an already placed contract order.

No Replies to "Rolls-Royce Awarded $420M Contract For Drone Engines"