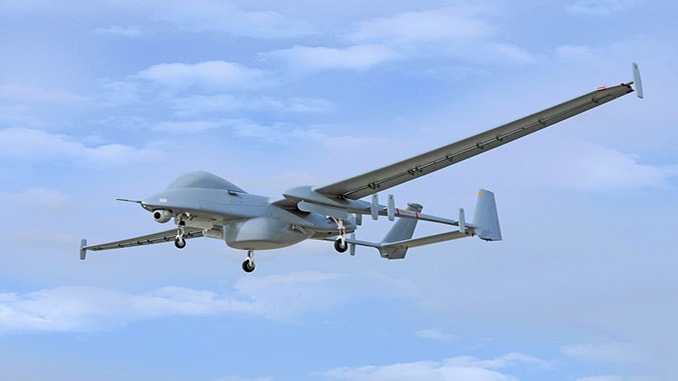 Israel Aerospace Industries (IAI) signed an agreement with Airbus to lease Heron TP Medium Altitude Long Endurance (MALE) RPASs (remotely piloted air vehicle system) to Germany’s Federal Ministry of Defence. Under the $600 million deal, Airbus DS Airborne Solutions GmbH will serve as the prime contractor responsible for managing all aspects of the project, including operational support and maintenance throughout the term of the agreement. The nine-year agreement is pending approval of the German federal budget, which is expected in the second half of 2018.

The Heron TP MALE is a high altitude, long endurance, strategic, versatile and multiple-payload RPAS, which
features IAI’s most advanced technologies. The system which is a world leader of its kind is in service with
the Israel Air Force since 2010. The Heron TP is the strategic variant of the Heron family, which includes the
Heron 1, used reliably by the German Air Force since 2010 Afghanistan and since 2016 in Mali. The German’s choice of the Heron TP builds on this long-term successful experience.

Shaul Shahar, IAI EVP and General Manager of the Military Aircraft Group, said, “We are thrilled and proud of this agreement with the Federal Ministry of Defence, a major strategic customer. The Heron TP is a first rate strategic RPAS. Its strong performance will provide Germany with unprecedented air superiority. We regard it as a powerful symbol that the technology of Israel’s largest defense company will be used in the heart of Germany’s defense organization. IAI and Airbus would like to thank the German government for this vote of confidence built over many years. We are committed to preserving the quality of our service and systems and look forward to continued collaboration.”