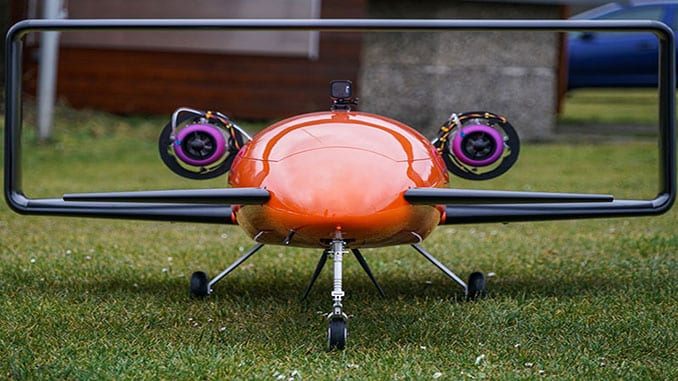 Jetoptera, Inc. and UAVenture realized the first successful demonstration of autopilot capabilities deployed on Jetoptera’s proprietary, unique airframe system. AirRails, developed by UAVenture, was proven on a sub-scale Jetoptera airframe that includes a closed wing and a canard. Autopilot-assisted take off and landing and autonomous mission mode were achieved. The next testing milestone for the autopilot feature will be to show vertical take off and landing (VTOL) capabilities as well as hovering.  Jetoptera has already displayed the hovering capabilities in manual mode.

Recently, Jetoptera, Inc. exhibited its proprietary Fluidic Propulsion System (FPS™) in flight. Instead of using the dominant rotary aircraft solutions offered by most, Jetoptera introduced a combination of thrust augmentation and power-lift solution using the FPS™. This year, the company has several hovering, transition and conventional flight demonstrations planned, and the AirRails system deployment is an important step towards completion of Jetoptera’s technology qualification roadmap. Next year, Jetoptera is slated to introduce the J-110 product, which will be VTOL-capable. The company already offers the part 107 J-55 product, featuring a tailsitter (aircraft in vertical position) or conventional take off configurations. All subsequent products in the company’s product line, up to and including the J-4000, a four-seater VTOL aircraft, will employ FPS™.

Through its strategic partnership with Jetoptera, UAVenture, a Swiss-based company leading the commercial hybrid VTOL autopilot market with its AirRails product, has assisted the progression of Jetoptera’s jet-powered, VTOL capable J-55 from the prototype phase to a market-ready product. In the coming months, Jetoptera and UAVenture will continue to partner on product development as the AirRails autopilot is integrated into Jetoptera’s aircraft.