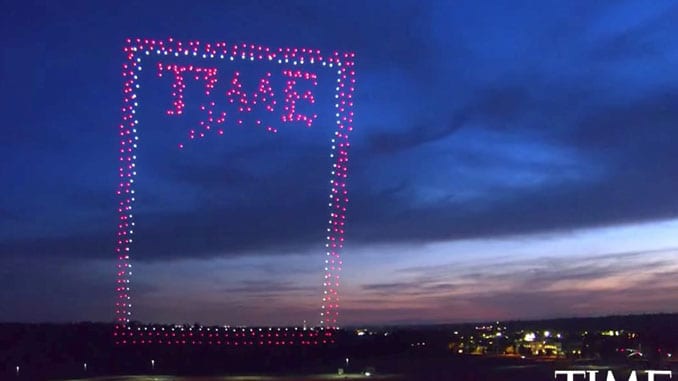 The Latest Cover Of ‘Time’ Is Composed Of 958 Intel Drones

The magazine, available June 1, also includes an article contributed by Intel CEO Brian Krzanich, highlighting the innovation, transformation and new perspectives drones bring to our lives. It also features an article showcasing Intel’s work with Parley for the Oceans* on Parley SnotBot. Read more from the TIME drone special issue on the TIME website and watch the video below to see how the cover was made.

Highlights of this historic cover include:

This is also the first TIME cover to feature an image made by a drone. It was captured by a specialized drone used for commercial and film cinematography that recorded the light show from start to finish.