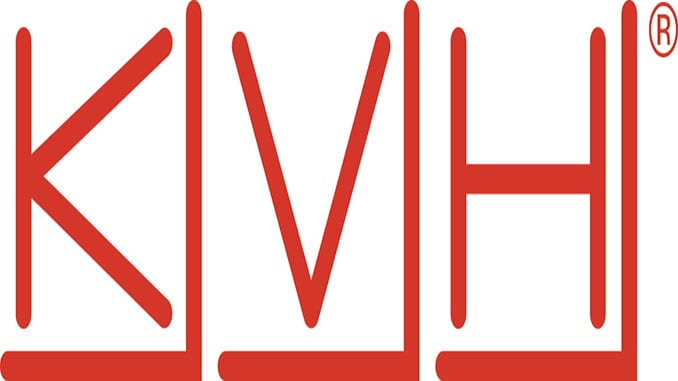 KVH Industries, Inc., and VectorNav Technologies, LLC, two leading U.S.-based companies in the field of inertial sensors and navigation, announced today that KVH’s fiber optic gyro (FOG)-based 1750 IMU and 1775 IMU will now be offered to enhance the operation of VectorNav’s VN-210 and VN-310 Tactical Series GNSS-aided inertial navigation systems. The products are on display in KVH’s (#2600) and VectorNav’s (#2214) booths at the AUVSI Xponential conference in Denver, Colorado, today through May 3.

“We are pleased to feature KVH technology in our Tactical Series and give our customers the option of utilizing a FOG-based IMU for higher precision performance to support a wide range of demanding applications,” says Jakub Maslikowski, director of sales and marketing for VectorNav.

VectorNav’s Tactical Series includes an onboard microelectromechanical systems (MEMS)-based IMU, which provides some advantages for customers who have constraints in terms of size and weight in their navigation and stabilization applications. However, in terms of inertial accuracy, the most demanding applications require performance that can only be delivered by FOG-based IMUs, for which KVH is a leading provider.

The VectorNav Tactical Series products with KVH FOG-based IMUs are designed for such applications as: SATCOM-on-the-Move; gimbal and camera pointing and stabilization; weapons systems targeting and stabilization; autonomous vehicle navigation; LiDAR mapping; georeferencing; or any application where MEMS-based solutions are unable to deliver sufficient accuracy and precision.

A single cable connects the two systems, running from KVH’s 1750 IMU or 1775 IMU directly to the auxiliary port on the VN-210 or VN-310. This pairing creates a fully integrated FOG-based inertial navigation system designed to provide a high-accuracy, continuous positioning, velocity, and attitude solution.

KVH is a leading innovator for assured navigation and autonomous accuracy using high-performance sensors and integrated inertial systems. KVH’s widely-fielded TACNAV® systems are currently in use by the U.S. Army and Marine Corps as well as many allied militaries around the world. KVH’s FOGs and FOG-based IMUs are in use today in a wide variety of applications ranging from optical, antenna, and sensor stabilization systems to mobile mapping solutions and autonomous platforms and cars.

About VectorNav Technologies
VectorNav Technologies is the leading innovator and manufacturer of embedded navigation solutions using the latest in MEMS inertial sensor and GPS/GNSS technology. Since its founding in 2008, VectorNav has provided systems integrators in the military, aerospace, marine, and robotics industries around the world with SWaP-C optimized, high-performance navigation systems. VectorNav has unique expertise in applying the digital filtering and sensor calibration techniques that have multiple decades of heritage in aerospace applications to the state-of-the-art in MEMS inertial and GPS/GNSS technology.

About KVH Industries, Inc.
KVH Industries, Inc. (Nasdaq:KVHI), is a global leader in mobile connectivity and inertial navigation systems, innovating to enable a mobile world. A market leader in maritime VSAT, KVH designs, manufactures, and provides connectivity and content services globally. KVH is also a premier manufacturer of high-performance sensors and integrated inertial systems for defense and commercial applications. Founded in 1982, the company is based in Middletown, RI, with research, development, and manufacturing operations in Middletown, RI, and Tinley Park, IL, and more than a dozen offices around the globe.

Jeppesen and Kittyhawk Team Up On LAANC Drone Authorizations