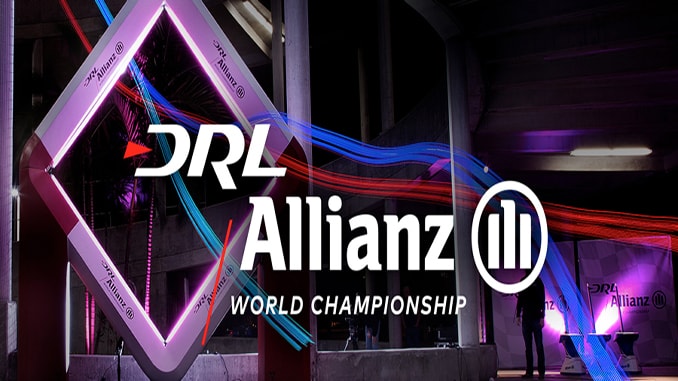 The Drone Racing League (DRL), the international, premier drone racing organization, today announced global expansion plans with a 2018 race in France at the Allianz Riviera stadium, media partnership with Groupe AB and the extension of the Allianz title partnership of the DRL Championship Race Series. Allianz, one of the world’s leading insurers, will extend their global title sponsorship of DRL’s high-speed race circuit to five years and will also bring the first pro drone race to the Allianz Riviera stadium in Nice on Saturday, June 16, 2018. Groupe AB, the leading independent broadcast network in France, will be DRL’s first broadcast partner in the region, joining the league’s expansive media distribution with top sports programs in 75+ countries across the world.

Marking Level 5 of the 2018 DRL Allianz World Championship Season, the Allianz Riviera race will air on Groupe AB and other leading broadcast networks like ESPN, Sky and ProSieben this fall. The event will highlight elite FPV (First Person View) pilots, including Provence-based, DRL pilot, Dunkan Bossion, flying DRL’s custom-built, 90 mile-per-hour racing drones through three-dimensional course lines at the iconic sports arena. Dunkan will battle it out against top drone pilots for first place and the chance to fly in the 2018 season finale in Saudi Arabia this September.

“We’re incredibly excited to extend our partnership with Allianz, who has a proud history of supporting innovative sports and auto racing, and to expand the reach of pro drone racing in collaboration with Groupe AB, the predominant racing media company in France. We look forward to kicking off our presence in France with the first professional drone race at the Allianz Riviera, home to the most competitive football matches in the country,” said DRL CEO & Founder, Nicholas Horbaczewski.

“After the excitement of Allianz’ first season as title sponsor of the DRL Allianz World Championship, we knew we wanted to extend our partnership to five years and continue this amazing growth journey together,” said Allianz Head of Group Market Management and Distribution, Jean-Marc Pailhol. “DRL has been a perfect strategic partner for Allianz. Going forward we will continue working with DRL to expand the Allianz World Championship and present this spectacular new sport to additional audiences around the world. It will be a pleasure to host with the support of Allianz France the elite DRL pilots for the Level 5 race at the Allianz Riviera and we look forward to many future collaborations with DRL in our eight stadiums around the world.”

“Groupe AB is thrilled to announce its partnership with the DRL for the broadcast of the competition on AB1. We are convinced that this new partnership will help reinforce our offer for the youngsters, with this particularly entertaining and innovative content,” said Richard Maroko, VP Channels, programming, acquisitions at Groupe AB.

Groupe AB will begin premiering DRL’s 2016 and 2017 DRL Allianz World Championship Seasons in France on AB1 (and on ABXplore in Belgium), which have been watched by more than 55 million fans across the world to date.

About DRL:
DRL is the pro drone racing sport for elite FPV pilots around the world. A technology, sports and media company, DRL combines world-class media and proprietary technology to create thrilling drone racing content with mass appeal. In 2018 DRL is hosting a global series of seven races, the Allianz World Championship, to be broadcast on ESPN, Sky Sports, ProSiebenSat.1 Media SE, Group AB, Disney XD, OSN, FOX Sports Asia and other leading broadcast channels around the world. Founded by Nicholas Horbaczewski in 2015, DRL is a privately held company headquartered in NYC.