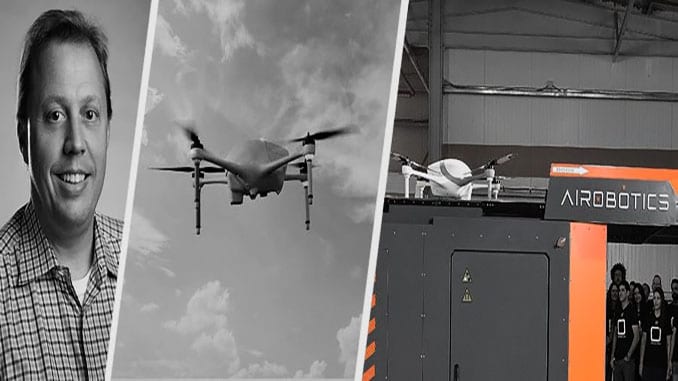 Airobotics, the Israeli startup that built the world’s first fully automated drone, announced today the appointment of Richard Wooldridge as the company’s new Chief Operating Officer. As the first company to be granted an aviation authority to fly drones without a human pilot, Airobotics welcomes Richard to expand on its years of unique aerospace design and advanced systems for end users.

Richard has over two decades of managerial experience in the tech industry, leading teams at corporate companies to drive business and enhance product operations and innovation, from the startup stage to commercialization. Richard served as the COO/GTM Lead at Facebook’s Building 8 and Google’s Advanced Technology and Products Group (ATAP). Both are highly prestigious consumer hardware teams responsible for innovative consumer electronics. His extensive corporate expertise in hardware manufacturing and supply chain management will contribute to Airobotics’ expansion and scale.

Richard previously served as Motorola’s VP of Global Supply Chain for over five years, and has generated billions in product sales. During his term at Google/Motorola, Richard worked closely on developing modular smartphones and smartphone platforms. Prior to joining Motorola as part of the Google acquisition, Richard held several executive positions, including at Barnes and Noble as the VP of Operations and Logistics, at Flex as the SVP of Global Operations and Consumer Electronics Division, and at Nokia as SVP Supply Chain, working in multiple geographies.

“We’re very happy to have Richard on board during this exciting time of growth in our company,” said Ran Krauss, CEO and Co-Founder of Airobotics. “After securing $42.5 million in our latest funding round, we’ve begun to expand to new countries around the world and we’re continually working with new companies in various industrial fields. Richard is one of the world’s experts in scaling-up global business and his expertise will be vital as we enter our next phase of expansion.”

“I’m excited to join the Airobotics team and dive into the world of automated drones, that’s projected to have significant growth in the upcoming years,” said Richard Wooldridge. “After personally investing in the company for many years and serving on Airobotics’ board of directors, I’ve witnessed firsthand how Airobotics has distinguished itself as the leader in automated drone solutions. I’m looking forward to helping navigate this startup’s future innovation.”

Sentera Partners with The Climate Corporation to Enhance Agronomic Insights