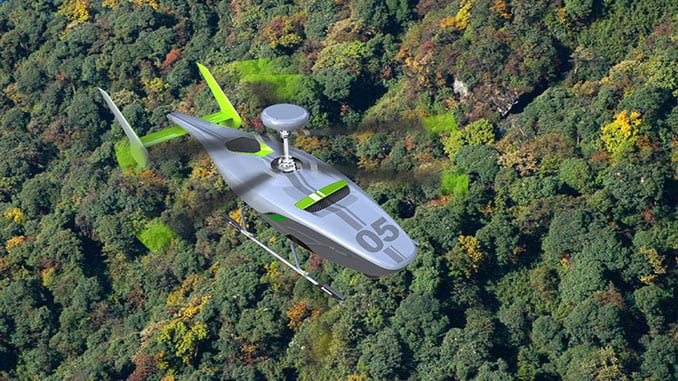 VR-Technologies design bureau, part of Russian Helicopters (part of Rostec State Corporation) started bench tests of the main systems and assemblies of VRT300 unmanned helicopter. Aircraft flight tests are scheduled to begin by the end of 2018.

To date, the functional and technical configuration of civil unmanned helicopter has been agreed with a range of Russian companies and authorities. This configuration has become a basis for the development of flight prototype with MTOW of 300 kg. This prototype will be used as a flying test-bed for testing of all UAV’s systems and equipment, as well as for testing of its interaction with payload elements and ground-based monitor and control equipment.

“To date, we have defined the configuration and technical requirements for this helicopter, and carried out an extensive work to select suppliers of the main systems and assemblies of VRT300. The start of bench tests serves as a reference point, and if everything goes as planned, by the end of this year we will start flight tests. Technical solutions of VRT300 will ensure the level of failure-free operation, reliability and safety that is required for the operation in the international market of civil UAVs”, – Alexander Okhonko, VR-Technologies director general, said.

VRT300 system is developed in two versions: Arctic Supervision –  equipped with a side-view radar for ice reconnaissance and operation in Arctic conditions, and Opticvision – with increased flight range to perform monitoring and remote sensing missions.

The priority missions of VRT300 Arctic Supervision is to expand transport infrastructure of the Northern Sea Route, as well as to aid in the Arctic Regions’ exploration. For that purpose, the UAV has been equipped with a side-view high-resolution on-board radar, which allows for a prompt assessment of ice sheet dynamics. A heavy-oil engine and shipborne capabilities make the Arctic version of VRT300 irreplaceable for icebreakers and drilling platforms.

Due to a big payload of 70 kilograms the aircraft can transport various cargoes, such as food and medical supplies, can be engaged in search-and-rescue operations and used to determine the size of ice fields suitable for scientific Polar stations.

VRT300 in Opticvision configuration is designed to improve the diagnostic system, prevent and eliminate emergency situations in the area of energy sources development and transporting. Its other missions include: diagnostics of overhead power lines, mapping, cargo transportation, exploration works, as well as monitoring of environmental situation, roads and road-side infrastructure.