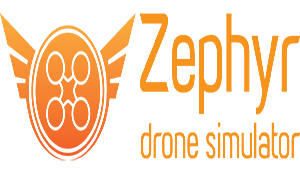 Today, Little Arms Studios, a leading developer of professional-grade simulation solutions, announced it has joined forces with renowned Hollywood cinematographer Skip Fredricks to launch an updated version of its Zephyr Drone Simulator that includes the basics of drone cinematography. The two-time Emmy nominated content producer and certified drone instructor has brought his unique instructional perspective to a series of new cinematic skill modules that have been added to the simulator’s progressive training curriculum. The Skip Fredricks Edition of the Zephyr Drone Simulator can be bundled with the pilot’s choice of transmitter for $159.99 or is available as an upgrade for current users for $19.99. All configurations are available for immediate purchase through the Little Arms website: https://zephyr-sim.com/shop.

“These cinematic filming skills are important not only for filmmakers but are central to many other RPAS disciplines as well,” said Kyle Bishop, CEO of Little Arms Studios. “For any commercial UAV pilot looking to capture footage for tower inspection, agricultural survey or a real estate marketing video, the new Skip Fredricks Edition of Zephyr will ensure competency in all of these core skills.”

Fredricks’ cinematic career includes credits on many well-known productions for both the big and the small screen ranging from action sports broadcasts to content for The Sopranos, even blockbuster films like The Fast and the Furious 2. Fredricks is also currently the Program Director at DroneTV and an FAA certified flight instructor at the Unmanned Vehicle University. Bringing his unique perspective to the cinematic training modules in the Zephyr Drone Simulator, Fredricks and Little Arms Studios are delivering a comprehensive training solution for cinematographers looking to incorporate drone footage into their filmmaking repertoire.

“The drone-mounted camera can be an amazing cinematic tool for filmmakers which, obviously, requires some special training,” said Skip Fredricks. “As I developed the curriculum for a new college-level cinematography program, I began to realize that students needed a simulator that could give them a safe, economical platform on which to build a base of flight experience. Expanding on the flight skills already incorporated into the Zephyr Drone Simulator allows filmmakers to transfer the core photographic techniques like composition, panning, and reveals to the three-dimensional space available with a drone.”

With Zephyr’s core curriculum establishing the basics of straight-and-level flight, the special Skip Fredricks Edition builds on these core capabilities with a series of modules designed to teach a core cinematic skill set, including: