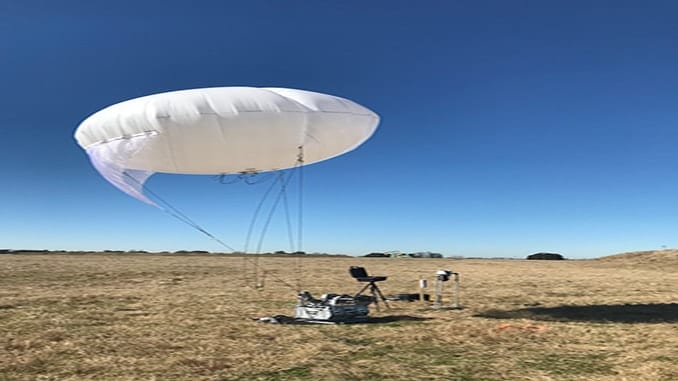 The Israeli-based aerostat company RT LTA Systems Ltd. has signed a leasing agreement with the government of a leading European country, under which the company will provide it’s SkyStar 180 Aerostat system for 6 months. The leasing agreement includes an option to extend the leasing period in additional 30 months, as well as an option to purchase the aerostat system. The SkyStar 180 aerostat system will be used for protection of the country’s armed forces in various missions. The Skystar systems already accumulated more than 1,500,000 million operational hours worldwide, offering availability of over 85% in any given area.

The SkyStar 180 is a small-sized mobile aerostat, designed for tactical mid-range surveillance and public safety, as well as for police and military applications. Based on a towable trailer, the system has a stabilized day/night electro-optical payload suspended from a helium-filled aerostat, tethered to a ground system. It operates continuously at wind velocity of up to 40 knots, and can lift a payload of up to 20kg, providing surveillance coverage from an altitude of up to 1,000 ft. for up to 72 hours, after which it is brought down for a 20-minute helium refill. Only 2 people are required to fully maintain the system. SkyStar 180 is Ideal for defense, security, border control and public safety missions.

The system is being used by many different clients worldwide for the purpose of border and base-camp protection. The Skystar 180 aerostat system is also optimal for Home Land Security uses such as securing of massive public event and strategic infrastructures. For such purposes, the Skystar 180 system was in use during the Winter Olympic Games in Canada, during the FIFA World Cup in Brazil, securing the Copacabana Fan Fest, and during the Paris climate summit (COP 21) in France, protecting the world leaders who attended the summit.

Rami Shmueli, RT’s CEO: “We are honored to sign this contract and to lease our SkyStar 180 aerostat system to a leading European country. We see great potential in the European market, and thus see this contract as a sign of proof for our systems reliability and excellence. No other security systems, manned or unmanned, are as cost-effective as aerostats. ”