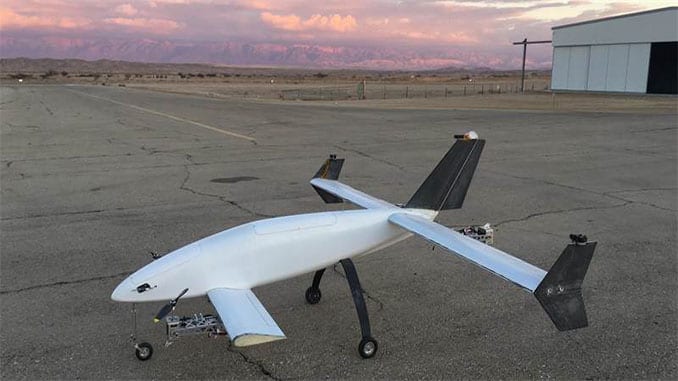 A new tactical UAS offers groundbreaking possibilities. The pioneering family of UASs Peres has been unveiled, delivering significant breakthroughs in technology, operation, and logistics. The Peres UAS can fly horizontally and vertically, transitioning from vertical take-off to horizontal flight and from horizontal flight to vertical landing. This way it can serve as the support fleet for various military missions and commercial air transport.

The Peres, developed by the Israeli UAS designer and manufacturer APG, can take off and land in a five-meter (16-foot) square area. It is among the first systems of its kind whose four engines enable it to transition from horizontal to vertical flight. This design surpasses competing UASs under development that are shackled by dedicated engines for each flight direction – engines that must be powered on and off – which greatly limits payload due to their burdensome design.

APG has successfully conducted final flight tests of the Peres 2 in preparation for aviation licensing and regulatory approval. The UAS has a wingspan of more than two meters (seven feet) and a maximum take-off weight (MTOW) of 93 lb. (42 kg). It has an endurance of up to eight hours with a payload of 7¼ lb. (3.3 kg), a 93-mile (150 km) mission radius, and a cruising speed of 55 knots at an altitude of 8,000 feet with a service ceiling of 15,000 feet.

To date, Peres 1 and Peres 2 version UASs have been developed, ground-tested and flight-tested. The near-term plan is to design and build Peres models 3 and 4, which will weigh more than 440 lb. (200 kg) and boast flight endurance of 12 hours.

According to the company’s announcement, it succeeding in removing roadblocks and implementing superior solutions that will be applied to airborne cars, trucks and taxis. Several drones are being developed with these capabilities, however, they cannot support the weight, range, cruising altitude, and speed that the Peres affords.