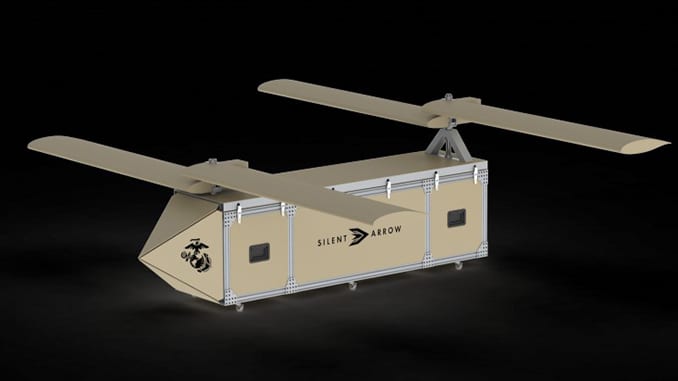 In January, YEC announced receipt of a closely-related US Government contract award to build and fly ten of its tandem-wing Silent Arrow® GD-700 (Glider, Disposable, 700 lbs. payload) cargo delivery drones, each of which carries up to 700 pounds of life-saving supplies, medicine and equipment to those in need anywhere on earth.  Silent Arrow® is thought to be the world’s most efficient standoff delivery platform in cost per pound of payload.

“This seminal patent extends our single-use cargo business into the electric-powered, multi-mission space where we were early thought leaders,” said YEC Founder & CEO Chip Yates.  “Our R&D group invented the technology and filed this patent four years ago, before drone delivery was the hot topic it is today, which underscores our long-standing excitement and vision for an electric, connected future.”

YEC is represented by Dentons US LLP for patent prosecution and by Robins Kaplan LLP for IP licensing, sale and enforcement.

DEEP AERO Is Building AI-Driven Drone Technology On The Blockchain