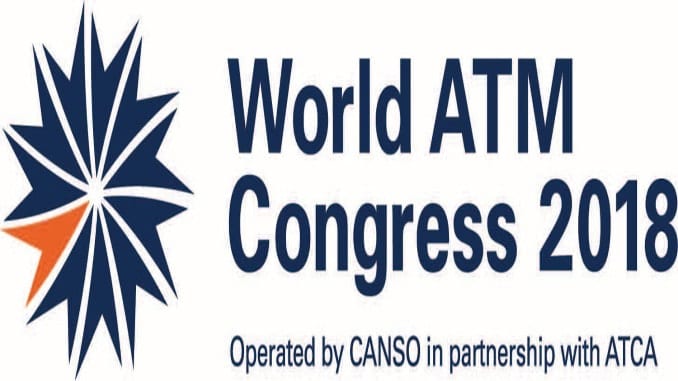 The sixth annual World ATM Congress concluded on Thursday, 8 March. As the world’s largest air traffic management (ATM) exhibition, registration grew by 10 percent this year, with a record-breaking 8,542 registrants and 237 exhibitors from 136 countries and territories.

The record numbers show that World ATM Congress has become the must-attend event for the ATM industry. It provides an essential platform for organisations to demonstrate their products, generate leads, and close deals. This year saw contracts signed across a multitude of areas including training, modernisation of air control centres and towers, and provision of new ATM systems. Industry suppliers and air navigation service providers struck a number of agreements and partnerships. More CEOs, directors general, and senior decision-makers attended than ever before.

The Conference of World ATM Congress attracted top speakers, including Íñigo de la Serna Hernáiz, Spain’s Minister of Public Works and Transport, Dr. Olumuyiwa Benard Aliu, President of the Council of the International Civil Aviation Organization (ICAO), and Eamonn Brennan, Director General, EUROCONTROL. The Conference examined the impact of autonomous aircraft on ATM, such as those that provide internet access and transport goods and people. The programme also explored the changing face of ATM partnerships and alliances with the increasing liberalisation and commercialisation of air traffic services, and included updates from Africa, Asia Pacific, Latin America and the Caribbean, and the Middle East.

A multitude of events took place, including the Jane’s ATC Awards 2018 and a Guinness World Records’ attempt to launch the most paper airplanes across time zones in coordination with Women of Aviation Worldwide Week.

Including the Conference, six theatres featured over 100 sessions, including panel discussions, technical presentations, and product demonstrations and launches, from over 200 leading aviation experts from industry, government, labour, and educational institutions. As always, World ATM Congress highlighted the newest technology in the field. There was a focus this year on new entrants to airspace, such as drones and commercial space vehicles, as well as on automation, digitisation, unmanned aerial vehicle (UAV) traffic management (UTM), and remote air traffic control towers.

World ATM Congress is produced by the industry for the industry, and brings together governments, manufacturers, academia, and frontline users from around the world, all with the aim to enhance and improve the safety and efficiency of the global airspace.

No Replies to "World ATM Congress Breaks Records: More Participants, Deals Than Ever Before"