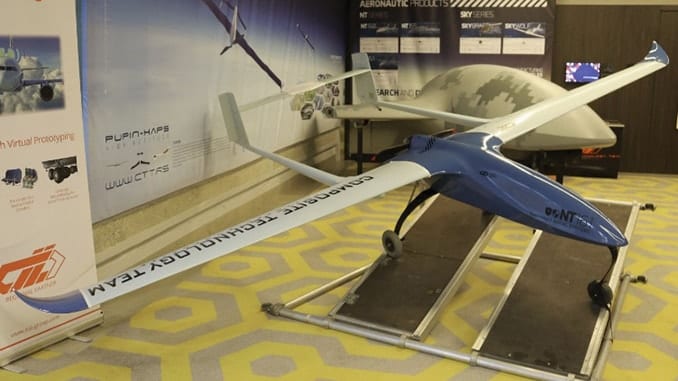 Chief among these was a high-altitude pseudo satellite (HAPS) named Pupin after the Serbian-American scientist Mihajlo Pupin. A solar-powered UAV designed to fly at altitudes of 20,000 m, Pupin is intended to stay airborne for months while carrying various payloads, such as telecommunications equipment and surveillance sensors.

“We are one of only five companies worldwide that are currently working on developing HAPS and we hope that very soon we will begin testing our system in order to prove the concept and proceed with the follow-on development of Pupin for executing a wide variety of military and civilian missions,” Petar Matunovic, CTT aerospace engineer and CEO told Jane’s at SEAS.

Matunovic explained that CTT is looking to partner with reliable companies from the aviation industry to further boost its work on Pupin as well as the company’s other two ongoing UAV projects: the NT155 and the NT161 (the NT designations are a tribute to the Serbian-American scientist Nikola Tesla).

Presented in model form at SEAS, the NT155 is a medium-altitude long-endurance (MALE) UAV with an airframe made entirely from advanced composites. This allows a complex aerodynamic shape and light weight while offering the structural strength required to facilitate wing-mounted hardpoints for weapons, electro-optical payloads, or auxiliary fuel tanks. The system is still in the design phase but is expected to have a maximum take-off weight (MTOW) of 1,000 kg, a cruising speed of 140 km/h, and an operational endurance of at least 16 hours.