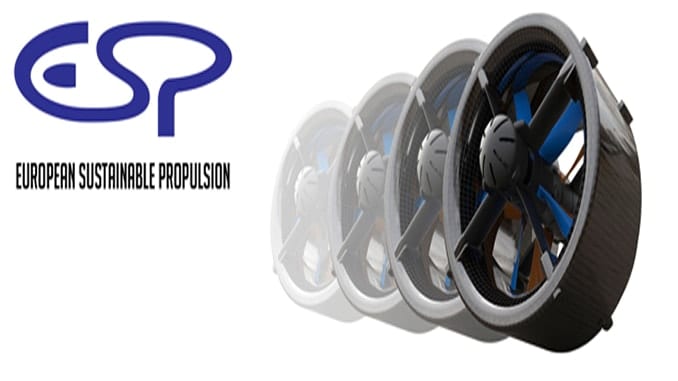 Neva Aerospace has established a dedicated subsidiary company and consortium member to focus on ongoing R&D, testing and OEM production of its revolutionary turbo-fans for electric aircraft and commercial UAVs.

With a permanent base at Angers Loire airport, European Sustainable Propulsion SAS (ESP) will work closely with drone manufacturers and customers to develop solutions and specifications that meet their end users’ requirements.

Parent company Neva Aerospace Ltd, will maintain its focus on opportunities for developing turnkey commercial and industrial UAVs in partnership with key clients. It will also lead the group on continuing technical innovation in the complex world of UAVs where battery power, recharging, safety and airspace regulation are but a few of the fast-evolving, interconnected activity streams. With its patented technologies and large patent portfolio for electric distributed propulsion, the Neva Aerospace consortium remains in the spotlight as the one to watch!

ESP has a permanent base for ongoing development, testing and production of its revolutionary electric turbofans at Angers Loire Airport. It opens its doors in March 2018 with five employees  a number which is expected to triple within years as the initial order book grows.

“We identified Angers as an ideal base for our operations some time ago and have had tremendous support from both the airport itself and the local development agency ALDEV. Angers recognises the potential of our technology and sees the opportunity to establish a European lead in UAV and airborne electric vehicle propulsion.  With neighbours like Babcock, we are among good company at the airport .”

The turbofans that will be produced by ESP are uniquely optimised for vertical and short takeoff and landing (VTOL & STOL). They are intrinsically safe and sustainable as there are no uncaged rotors.  Remarkably light and powerful and meet engineers’ needs for power, control and safety as they design commercial drones and electric aircraft for practical applications where payload and range are critical. These will range from logistics and long-distance surveying to providing stable platforms for aerial robots.

“Our technologies are still unknown to the general public and many professionals in the sector. Nevertheless, a strategic battle is currently going on between the great powers, the battle for the efficiency of transport in general and in particular that of air transport. The mastery of the technology of electric turbines that will eventually replace the thermal turbines used to propel helicopters, light aircraft and regional aircraft, is a key issue and strategic for the economic development of France and the European Union . “

“At a time when many are turning to the” flying cars “of Uber-Elevate and other Airbus-Vahana, we believe that the effort is primarily industrial and that it is important to produce electric turbines. quality for manufacturers of heavy goods vehicles and aircraft for the freight, construction and security sectors. The technology of the heavy electric multi-copter demonstrated by the German year (electric helicopter volocopter) last and recently by the Chinese (“Ehang184 manned flight”), is a nascent technology. Although some other “stuntmen” have demonstrated the feasibility of using these distributed propulsion technologies for heavy aircrafts, there is still much to be done. “

“The advantage of distributed electric turbine and propulsion technologies for aeronautics is their complete safety during a flight compared to propellers and their redundancies; but also and especially the reduction of two to three times the costs of purchase and operation for operators of aircraft – aircraft or helicopters. This will undoubtedly change the aeronautical landscape in the medium term. And this for the benefit of the environment with less noise and less pollution than current engines, because our technology will make hybrid or all-electric aircrafts as soon as batteries allow. “

The range of electric turbines produced in Angers will be used by members of the Neva Aerospace consortium for the development of heavy air vehicles and will also be offered for sale to other UAV and aerial platform producers.

See more about the technology ESP is offering HERE.