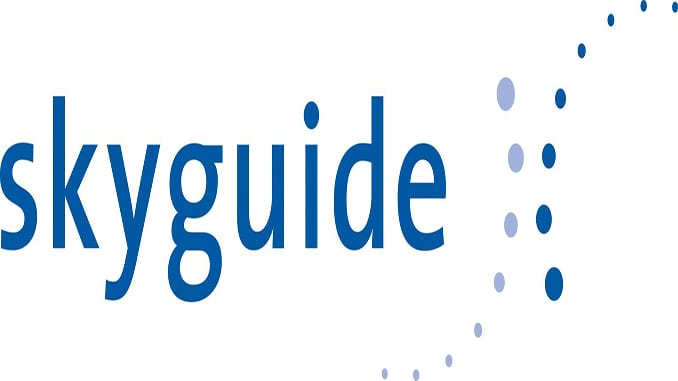 The system will be the first national deployment of U-space, Europe’s vision for the digital infrastructure that will support safe and secure access to European skies for millions of drones. Much like the U.S. “Unmanned Traffic Management (UTM)” initiative, U-space is a collaborative effort to enable situational awareness, data exchange, and digital communication for the European drone ecosystem.

In a pilot phase starting in June 2018, skyguide and AirMap plan to integrate the AirMap UTM platform with skyguide’s infrastructure and introduce automated flight authorization in a single airspace environment. Skyguide and AirMap will also develop a roadmap for Swiss U-space that will set the stage for the deployment of a fully operational drone traffic management system in 2019 and beyond.

“After a year of successful collaboration with AirMap, we expect that the AirMap UTM platform meets the highest standards required for a Swiss U-space,” says Klaus Meier, Chief Information Officer of skyguide. “We’re looking forward to bringing U-space capabilities to Switzerland and we are excited to drive this innovation together with AirMap.”

“With Swiss U-space, Switzerland aims to safely open the skies for drone commerce,” said Ben Marcus, CEO of AirMap. “We’re proud to work with skyguide to bring AirMap UTM to Switzerland and make it possible for more pilots, more drones, and more missions to take flight in Europe.”

“The establishment of a U-space is the key to improve drone operations’ safety and to satisfy the security and privacy concerns of our citizens. In order to achieve these objectives, a seamless cooperation between all the partners involved is crucial. I am glad to see that a further important step to tackle this challenge was taken today.” said Christian Hegner, Director General of Switzerland’s Federal Office of Civil Aviation.

Swiss U-space will be a powerful catalyst for Switzerland’s drone economy. Since 2013, drone flight requests at skyguide have multiplied tenfold. Switzerland is home to a thriving community of drone companies and the world’s first autonomous drone delivery network, located in Zürich.

The partnership follows the success of skyguide’s 2017 Swiss U-space trial, the first live demonstration of sophisticated U-space services in Europe. Together, skyguide, AirMap, and SITAONAIR exhibited fully operational U-space capabilities – including registration and identification, geofencing, and flight authorization – during live drone missions performed by senseFly and PX4 in Geneva.

With deployments in Switzerland, Japan, New Zealand, and the United States, AirMap UTM is the most comprehensive and connected platform of its kind. The platform offers up-to-date airspace information for every country in the world, national airspace rules for more than 20 countries, and the largest network of drone operators, manufacturers, and airspace managers in the drone ecosystem, reaching more than 85% of the world’s drones.

About skyguide
Skyguide provides air navigation services for Switzerland and certain adjacent airspaces of neighboring countries. With its 1500 employees at 14 locations in Switzerland, the company guides some 1.2 million civil and military flights a year safely and efficiently through Europe’s busiest airspace.
Skyguide also operates drones for maintenance purposes. Example: by calibrating the ILS via drones instead of planes, skyguide will achieve significant reductions in costs (-360′000 CHF) and CO2 emissions (- 94 tons) by 2020. Several more applications are being developed.