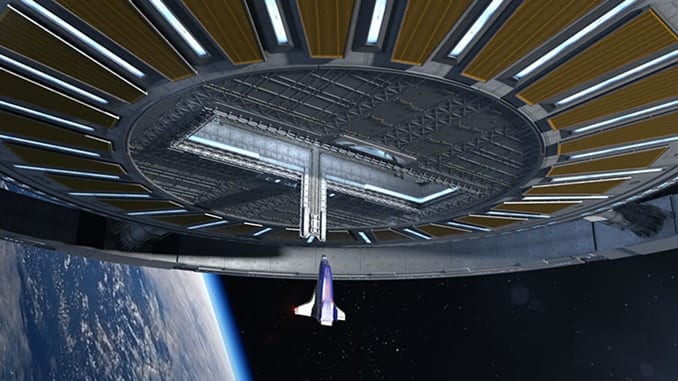 The Gateway Foundation is working to build a permanent orbiting space station and wants to enlist an army of drones to repair and maintain space stations and other equipment in the harsh environment of space. And they want the public to help.

“To best develop human habitats in space, on the Moon and Mars we need fleets of advanced drones that can build structures and repair and maintain equipment,” said Dr. Thomas Spilker, Chief Architect of the Gateway Foundation. “There are few technical advances that could do more to accelerate the development of space than autonomous and remote piloted construction, maintenance, repair and survey drones,” he said.

The Gateway Foundation aims to build a permanent orbiting station (with artificial ‘gravity’) as a gateway to our solar system and has launched the Orbital Assembly company with the goal of becoming Earth’s first turn-key space construction company. To advance the concept of drones working in space and attract needed investors the Foundation is launching a Kickstarter campaign to produce a high-quality video that describes why drones are necessary to our future in space. See:  www.kickstarter.com/projects/522593384

Work is already underway at Orbital Assembly to develop such drones. “What is most needed now is widespread understanding that purpose-designed robotic helpers are the pivotal element needed to re-purpose space junk, create large structures and maintain and repair both vehicles and structures in space. Drones are the technological accelerant that, together with lower cost launch vehicles, can finally make the development of space not only possible but practical,” said John Blincow, President of the Gateway Foundation.