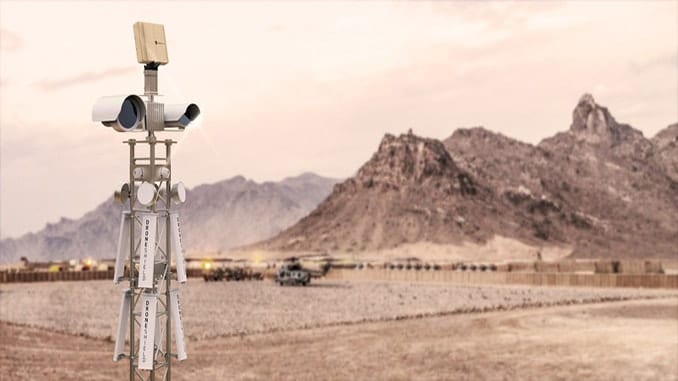 The Australian developer and manufacturer of cutting-edge high technology counter-drone products DroneShield Ltd (DroneShield or the Company) has now had an opportunity to review and consider the extensive Strategy in detail.

As an active participant in the Australian Defence export industry, DroneShield welcomes the Strategy. DroneShield’s analysis is that the Strategy is not an aspirational theoretical policy, but rather is a carefully thought-through and practical roadmap to attaining ambitious but perfectly achievable goals that will benefit Australia.

Oleg Vornik, DroneShield’s Chief Executive Officer, said “We are heartened by the considered and focused approach of the Turnbull Government and Minister Pyne to maximising the economic and social benefits of Australia’s growing Defence export industry, for Australia. The Defence export industry contributes $1.5 billion to $2.5 billion a year to Australia’s economy today but it lags compared to its counterparts in other major economies. The Government has recognised that, with some help from the Government, this status quo can be disrupted. The Australian economy and standing in the world will benefit substantially from this disruption. We believe that the Government has come up with a set of measures that will quickly produce tangible results.”

Since late 2017, DroneShield has been a member of Team Defence Australia, a join initiative with Austrade and the Department of Defence. Participation in Team Defence Australia, which lends the weight and credibility of Australian governmental assistance to a small company like DroneShield, has been invaluable for the Company. This new Government Strategy takes this collaborative approach much further, as it employs a “whole of government” approach whereby the government has established the Australian Defence Export Office and the office of the Australian Defence Export Advocate. This is an efficient approach, which will focus the governmental assistance available to Australian defence exporters on areas that will likely make a substantial difference:

To date, DroneShield has been able to develop and commence the sales of its high-tech products with the most minimal financial assistance from the government. But governmental procurement processes around the world are long, and there exists a time gap between development and broad adoption of cutting-edge technologies by governmental end-users. The Strategy’s focus on the Centre for Defence Industry Capability (CDIC) recognizes the reality of Australian and global Defence procurement, and the critical importance of governmental grants in developing “bleeding-edge” Defence technologies and bridging this gap.

Focus on Levelling the Global Playing Field for Australian SMEs

In addition to the use of EFIC, the Strategy specifically singles out Australian small and medium sized enterprises for support, in order to help them compete internationally.

Importantly, the Strategy expressly focuses on helping Australian small and medium sized enterprises access the supply chains of the global primes (the largest global Defence companies). The primes hold a substantial amount of negotiating and purchasing power in dealings with Australian SMEs. However, the primes are also dependent on the Australian Government, a major customer for many of them, for orders. The Government’s willingness to throw its weight behind smaller Aussie companies is a testament to its understanding of the market, and its willingness to use its reputational capital to help small Australian businesses who would otherwise have been disadvantaged due to their size.

The Strategy is Already Making a Difference

Peter James, DroneShield’s Chairman, commented, “The Strategy commits public resources and efforts to an area where they are likely to be most effective. These resources will provide the public with a multiplier effect in employment, domestic manufacturing, cash in-flows for the economy, innovation, and our domestic ability to defend Australia without relying on others. The Strategy does not appear to have received appropriate levels of media attention. However, it is a major economic, productivity and Defence step for Australia. We have spent the recent weeks considering the Strategy and its effect and are convinced that the Government got it right.

With the initial orders for DroneShield’s cutting-edge anti-drone products DroneGun, DroneSentinel and DroneSentry now coming in, DroneShield is in the process of determining the most effective location for larger-scale manufacture for its products. We have a wide range of options on the table, including the United States and Asia, some seemingly more cost-effective than the option of manufacturing our products in Australia would provide. The Strategy gives us the comfort that if we were to bring the manufacture of our products and the associated employment to Australia, we will be making the right decision.”