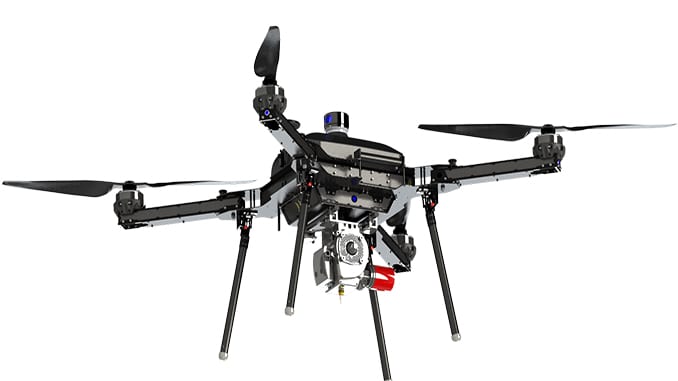 In the race to create more efficient drones, Orlando’s Harris Aerial has taken a major step in leading the competition.

Harris is launching a new hybrid drone, one that uses both gasoline and electricity. The result is a drone that can fly for hours, not minutes like traditional drones.

“Hybrid drones are the future of this technology,” says Ben Harris, president of Harris Aerial. “This new drone is capable of performing significantly better than any other drone on the market today.”

Hybrid drones just recently entered the market, with a few models being released last year in other locations. Of the few on the market, the Carrier H4 Hybrid has the largest capacity for carrying a payload and is easier to transport, with the ability to fold to under half its size.

The Carrier H4 Hybrid will be used for a wide range of industrial uses, such as search and rescue, disaster response and surveying.

“Extended flight is essential in disaster situations where there is limited power and dangerous conditions for our first responders,” Harris says. “By using a hybrid drone, they will be able to deliver supplies quicker and save more lives, including their own, without stopping to swap batteries or to charge the drone.”

Traditional, battery-powered drones found on the market for industrial uses can typically only fly for up to 30 minutes without having to land.

To see the new Carrier H4 Hybrid in action and for all of the drone’s specifications, please visit the company’s website here.