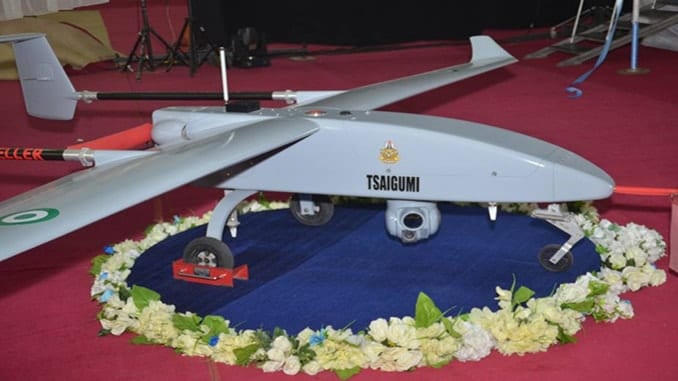 UAV development in Nigeria started in 2008, when its student officers who were undergoing postgraduates studies in aerospace engineering programmes at Cranfield University, UK, chose UAV development as their research project. These student officers designed the Amebo UAV as part of their project. It had neither autopilot nor intelligence surveillance and reconnaissance (ISR) capability. “Gulma” was an experimental UAV, which was developed in 2013 as a technological demonstrator used to gather performance data on UAV systems.

The Tsaigumi – made by the Nigerian Air Force Institute of Technology – will be used to fight militants and armed bandits: Nigeria faces multiple security threats including an Islamist insurgency in the north, militancy in the oil-rich south, and clashes between herders and farmers in the central region.

The plan is to mass produce the drone and possibly export it to other countries.

Next Step in the Microdrones and Trimble Partnership: Seamless Integration with Trimble Business Center Software