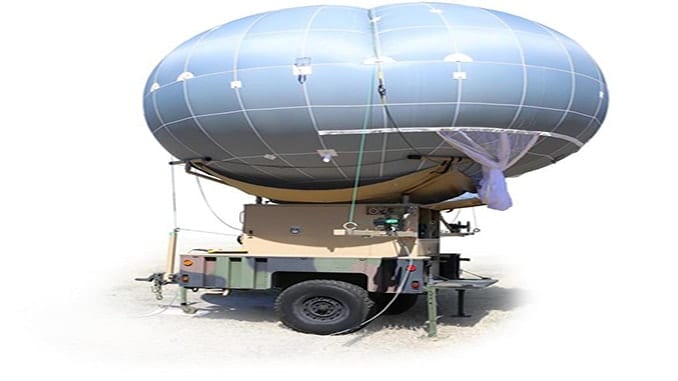 Drone Aviation Holding Corp. (OTCQB: DRNE) (“Drone Aviation” or the “Company”), a manufacturer of tethered drones and lighter-than-air aerostats, today announced that it has delivered its multi-mission capable tactical Winch Aerostat Small Platform (“WASP”) to the U.S. Army under its latest contract award.

The contract, valued in excess of $800,000, was executed in October 2017 and included new WASP hardware, spare equipment and training. The Company manufactured the WASP ahead of the contracted schedule which allowed the Company to work with the customer to integrate additional enhanced capabilities onto the WASP in an effort to better equip the warfighter.

The soldier-operated WASP delivers multi-mission capability on the edge of the battlefield featuring the simultaneous use of secure communications and advanced ISR (Intelligence, Surveillance and Reconnaissance) payloads enabled by the Company’s proprietary tether system. This order follows the customer’s successful in-theater use of the enhanced WASP system. Unlike the larger non-mobile, multi-million-dollar aerostats which require significant numbers of support personnel and a fixed infrastructure, the WASP is a compact, tactical, mobile system providing multi-mission capabilities that can be operated on the move or rapidly relocated.

“The rapid production, customization and completion of training on the enhanced WASP under this latest contract is a testament to the dedication of our talented team and was made possible by both the inherent flexibility of the WASP platform and our recent investments in manufacturing and inventory announced this past summer,” said Jay Nussbaum, Chairman and CEO of Drone Aviation. “We look forward to continuing to meet the needs of this important military customer through our commitment to deliver tailor-made solutions which can supply our troops and allies worldwide with key mobile communications and eye in the sky capabilities in locations where connectivity is limited or non-existent.”

The WASP is a highly tactical and mobile aerostat system which can be operated by as few as two soldiers and can provide day/night video and secure wireless communication range extension at the edge of the battlefield from either a fixed, stationary position or while being towed. Over the past four years, U.S. Army-owned WASP systems have successfully completed thousands of hours of soldier training operations, various DoD exercises, and customer operations. WASP is currently being utilized by the DoD as a mobile, tactical aerial solution that can support various ISR mission profiles involving ground and aerial-based assets through communication retransmission. Operating at altitudes of up to 1,500 feet AGL, the WASP system can significantly extend ISR capabilities and secure communications in remote and austere locations. The soldier-operated systems can be rapidly configured to support a variety of mission requirements for days, weeks or months with customized payloads.