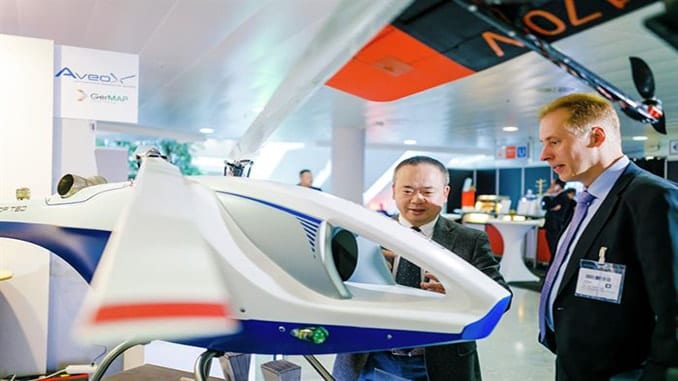 U.T.SEC 2018: “UAS will change our lives fundamentally – including in the security field”

The second edition of U.T.SEC – Unmanned Technologies & Security Expo & Conference will take place on Wednesday and Thursday, 7-8 March 2018, at the Exhibition Centre Nuremberg, in parallel with Enforce Tac, the special exhibition for police equipment. The entire focus of this still quite new trade fair is on drones and unmanned systems, how they can be used to improve security, and also how to defend against these technologies in structures that are relevant from a security perspective.

The patron for the event is Franz Josef Pschierer, Under-Secretary at the Bavarian State Ministry for Economic Affairs and Media, Energy and Technology.

The use of unmanned aerial systems (UAS) will increase greatly in the next few years, including – and in particular – in the security field. In the lead-up to U.T.SEC, we spoke with an expert in this area: Karsten Schudt has been Managing Partner of 3W-International GmbH since 2009. The Hesse-based company is a world leader in the supply of two-stroke combustion engines for unmanned aerial systems. The global activities of 3W-International have given Schudt extensive knowledge of international UAS applications.

Your work has given you a broad overview of international developments in the area of UAS technology. What general trends do you perceive?

Karsten Schudt (KS): The industry is currently undergoing a major transition. We assume that more systems are now being used for civilian than for military applications. This is placing new demands on unmanned aerial systems. The use of UAS swarms, hybrid drive technologies, self-determining flight systems, even smarter camera and sensor packages and increased performance at lower and lower costs are just a few of the changes that are happening right now. It is safe to say that UAS will change our lives fundamentally, including in the security field.

The focus on the efficient use of UAS seems to be constantly increasing. What technical developments can we expect in this area?

KS: Previously, efforts focused on developing flight-capable systems. The drivers at that time were military applications. But with the growth in civilian applications, the focus has switched to questions of economic and efficient use. Systems that don’t fly don’t earn money. This focus on efficiency has now also reached the military sphere. In other words, we have to be efficient in every area of application now: the market demands greater and greater ranges, higher payloads and longer flying times, with the same or lower energy consumption.

What effect will these developments have on the use of these devices in the area of security?

KS: The costs for using UAS will fall, regardless of how they are powered. UAS will also be used for an increasingly wide range of applications. The lower costs and greater flexibility will of course also play a part in how they are used in the area of police activities. Small systems with powerful cameras don’t cost a fortune, so they are a manageable investment for police and private security services. That also applies to larger systems fitted with combustion engines, for example. A helicopter of this type can be used for border protection on the one hand, but on the other it can also be used to search for boat people in the Mediterranean or to monitor shipping in the English Channel. The same goes for transportation tasks. Whereas in the past it was only possible to transport small quantities of medications or stored blood, now it is possible to transport full weeks’ worth of rations to oil rigs far out in the North Sea, for example, for just a fraction of the usual cost.

Must we assume that UAS will redefine security tasks?

KS: Yes. We increasingly see in the press that UAS used in leisure time are violating security-relevant zones. We need to invest more in user education in this area. There are also threats that were previously unknown, such as industrial espionage or terror attacks using unmanned systems. The result will be substantial growth in drone defence. But some quite new opportunities are also arising. The combination of high-resolution camera, face recognition software and drone will offer new possibilities in combating crime.

The wider public still often has a sceptical view of the use of UAS. To what extent could UAS provide decisive support in humanitarian activities, for example?

KS: UAS are extremely flexible and can be rapidly deployed. For humanitarian uses, in particular, speed is of the essence. Consider maritime rescue and compare the use of a traditional helicopter against a hybrid VTOL (Vertical Take Off and Landing) unit. In terms of camera systems, both vehicles are just as high-performance. But when it comes to costs, the unmanned system beats the helicopter. That applies to acquisition, maintenance and actual use. In addition, the only limitation on flying time is fuel consumption, since there are no regulations governing pilot flying hours to consider. The autopilot system enables overflights of large areas to be performed automatically. The VTOL function means that a system like this can be used anywhere, just like a helicopter, since no large-scale infrastructure is required. The advantages are obvious.

What tasks can UAS assume besides these to improve their image?

KS: Essentially, if tasks have to be performed quickly and at low cost over large areas, UAS always have the advantage. For example, in the fight against poaching in Africa or the transportation of medications to remote areas of Papua New Guinea, or following a major earthquake, where the entire infrastructure has collapsed.

This is the second time that you are participating in U.T.SEC as a speaker. How relevant do you find this exhibition for questions of using UAS in security activities?

KS: The fast-moving nature of this sector means we need continuous, rigorous discussion about deployment opportunities, technical developments, and also risks. The first edition of U.T.SEC in 2017 showed that it provides the right framework for security applications relating to unmanned systems. The quality of the discussions was very high. It is important to have an event like this, to facilitate discussion between all the players.

No Replies to "U.T.SEC 2018: “UAS will change our lives fundamentally – including in the security field”"