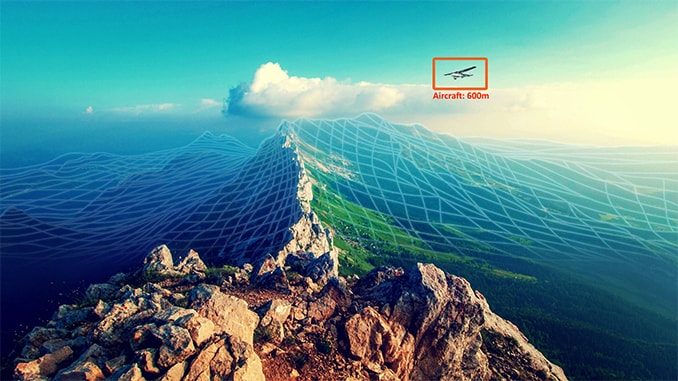 Iris Automation, the leading provider of collision avoidance for commercial drones, today announced an $8 million Series A financing round to fund the development of crucial unlocking technologies for the autonomous flying robotics industry. Combining novel approaches in artificial intelligence (AI), computer vision, and sensor fusion, Iris Automation has built a situational awareness platform for drones and air taxis that will enable their widespread use in the near future without the risk of mid-air collisions or catastrophes. Bessemer Venture Partners led the round and Bee Partners participated, with Bessemer’s David Cowan (LinkedIn, Twitch) joining the company’s Board of Directors.

Autonomous flying robots have the potential to revolutionize industries such as farming, infrastructure, delivery, and human transportation; however, a lack of trust in the safety of autonomy by regulators around the world has held back the transformational power of these machines. To increase the level of safety and acceptability of autonomous UAVs or drones, they must be equipped with sensors and intelligent systems that provide the same level of situational awareness as human pilots possess today. Traditional technologies such as radar are much too heavy, too costly, and too power-intensive to be feasible for use on drones; while new technologies such as LiDAR are untested and lack the resolution necessary to solve the problem. By taking advantage of the economies of scale of cell phone camera technology, Iris Automation is able to combine the power of modern machine learning artificial intelligence with proprietary computer vision algorithms to produce a sensing and collision avoidance solution for flying robotics ideal for the current state of the industry.

“Iris Automation’s approach to sensing is unlike anything ever attempted in the autonomous vehicle space,” said Alexander Harmsen, CEO at Iris Automation. “Our team of experts in computer vision, machine learning, and traditional aviation have built a product that will provide the level of safety necessary for pushing the boundaries of what is possible with drones, at a size factor and price point unheard of in the world of aviation.”

“Iris’ exceptional team has unlocked a $100B global industry by ensuring aviation safety in a world serviced by drones. No other technology comes close to their system in providing situational awareness in a feasible package for the flying robotics industry” said David Cowan, the partner at Bessemer who led rounds in aerospace innovators like Skybox, Rocket Lab and Spire Global.

The Iris Automation system consists of a sophisticated embedded computing platform combined with a high-resolution, vision-based sensing package allowing for the detection of moving objects such as Cessna airplanes at ranges of 1500ft (or 500m). Once detected, proprietary machine learning algorithms are able to identify intruders before a sophisticated logic core autonomously maneuvers drones or other flying robots safely away from collision trajectories. The system weighs less than 300g and has the footprint of a credit card.

To test such a system, the team has developed an incredibly detailed 3D simulation environment that allows them to test at a scale and range of environments rivalling that of autonomous vehicle manufacturers like Tesla and Waymo. Iris Automation is currently in open beta, flying onboard dozens of drone around the globe, with additional Early Adopters being accepted through Q1 2018.

In most nations around the world, drones are limited in their use across commercial industries by a requirement to remain within “line of sight” of a remote pilot on the ground. Without a sensory system like what Iris Automation is building, futuristic applications such as drone package delivery and flying air taxis will remain impossible. However, there are signs that rules are shifting in 2018: late last year, the White House announced a nation-wide pilot project specifically targeting the research and development of intelligent sensing systems for industrial UAS.

With this investment, Iris Automation is focused on rapidly expanding its team of top-notch engineers in both its San Francisco and Reno-Tahoe offices and scaling the technology to participate in the upcoming White House UAS Integration Pilot Projects.

About Iris Automation:
Iris Automation is a SF-based, venture-funded company with a team from NASA, Boeing, and PhDs in computer vision building an AI-based collision avoidance system for industrial drones. Because of regulation, every drone needs what we’re building to fly completely autonomously – a $2B opportunity.

Watch our technology in action here.

Please login and add some widgets to this widget area.