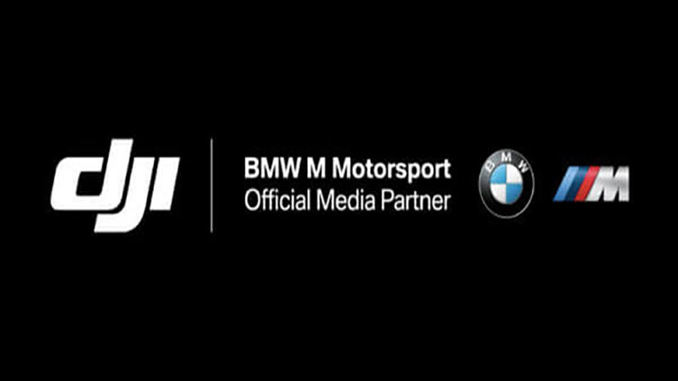 DJI, the world’s leader in creative camera and drone technology, and BMW Motorsport have announced their official partnership to present the newly-developed BMW M8 GTE race car and the work of BMW Motorsport from previously unseen perspectives. DJI becomes BMW Motorsport’s first media partner to be integrated in the development stage of a new car.

“DJI is thrilled to embark with BMW Motorsport and their racing team for the 2018 World Endurance Championship (WEC),” said Martin Brandenburg, Managing Director, DJI EMEA. “As their official media partner, we will bring the best of our technology and creative crew to support the BMW Motorsport Team and deliver amazing images and content for the BMW M8 GTE race car and the WEC series, including the 24 Hours of Le Mans.”

To celebrate the partnership between both brands, DJI has released the DJI-produced short film “Night Moves,” revealing the BMW M8 GTE during development work in night conditions at the Paul Ricard racing track near Marseille, France. The film was completed in the run-up to the first race outing of the car at the Rolex 24 at Daytona, Florida this weekend.

“We are proud to start the 2018 season of the FIA World Endurance Championship with a newly-developed BMW M8 GTE race car,” said BMW Motorsport Director Jens Marquardt. “We are delighted to team up with DJI who shares our values and standards in innovative technology, and who is our first official media partner at BMW Motorsport.”

The DJI Creative Studio Europe produced the video during a 24-hour endurance race simulation of the BMW M8 GTE. During the test, BMW Motorsport wanted to highlight the specific challenges of the racing car being tested in nighttime conditions without being disturbed by the production crew.

DJI’s technology allowed efficient, discreet and exciting aerial filming thanks to the capabilities of the DJI Inspire 2 drone reaching a speed of almost 57 mph. It was used in combination with the DJI Zenmuse X7 camera and its interchangeable lenses to get closer to the car for dynamic shots, and delivering cinematic capabilities in low light.

In order to enhance the shoot, the DJI video team also used a DJI M600 drone with a powerful lighting system mounted on a DJI Ronin-MX gimbal, to add a thrilling composition of light, shadows and dark subjects in the film. Using a DJI Ronin-MX also allowed the team to control the lighting of the scene remotely.

DJI is committed to bringing the best of its technology to support BMW Motorsport and the BMW M8 GTE fully in their upcoming races in the WEC series such as the Total 6 Hours of Spa-Francorchamps (May 5) and the legendary 24 Hours of Le Mans (June 17).