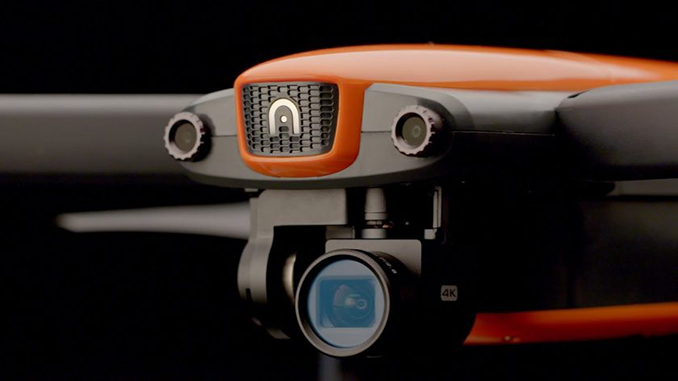 EVO is a portable camera drone with foldable arms and a sleek, compact form factor. We’re incredibly excited about this product, and after showing it off at CES, are eager to get it out into the wild for our customers to enjoy.

Meet the EVO: a folding, portable drone that looks like it could be the first serious competitor for DJI’s extremely popular Mavic Pro.

When DJI first introduced the Mavic Pro—and later bumped up the battery life with the Mavic Pro Platinum—the company liked to say it had “revolutionized personal flight.” The thing is, DJI kind of had a point: the Mavic Pro was both extremely portable and extremely capable, opening up the joys of droning to a whole new range of potential consumers.

But with the debut of the Autel EVO, DJI might want to watch its back.

At first, the EVO seems like an almost shot-for-shot remake of the DJI Mavic Pro Platinum. The folding drone looks very similar, both sport a 3-axis gimbal, both boast intelligent flight modes and obstacle avoidance, they both offer 30 minutes of flight time, and both feature a max operating distance of 4.2 miles (7 km).

Where the EVO manages to rise above (see what I did there…) the Mavic Pro Platinum is exactly where it counts: in the camera and remote control department.

The stabilized camera can shoot at 4K/60p (DJI maxes out at 4K/30p) and the remote comes with a built-in 3.3 inch OLED screen that gives you a live feed at up to 720p—no need to plug your phone into your drone’s remote controller. Finally, the EVO also maxes out at a speed of 20 meters per second (44 miles per hour), which is just a hair faster than the Mavic Pro can handle.

Autel isn’t quite ready to commit to a specific release date for the EVO, but they did say it will arrive “very soon” and will cost $1,000 USD.

To learn more about the Evo, visit autelrobotics.com