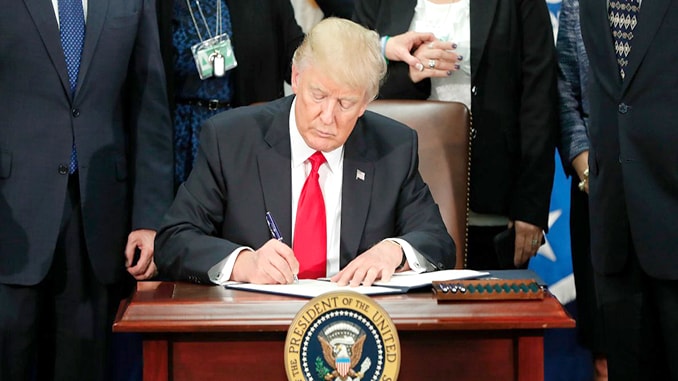 Back in May, a US federal court ruled that personal drones don’t need to be registered as part of the FAA’s mandatory drone registration program. That just changed: President Trump just signed a defense policy bill that restores the requirement that all recreational drone owners register their aircraft with the government.

TechCrunch reports that Trump signed the sweeping $700 billion 2018 National Defense Authorization Act into law yesterday. The legislation sets spending levels and policies for the Department of Defense and the country’s military efforts.

The new drone rule, an extremely tiny part of the hefty law, requires that drone and model aircraft (everything weighing between 0.55 and 55 pounds) owners pay a $5 registration fee and provide their name, email address, and physical address. Furthermore, their drone needs to display its unique drone ID number at all times.

Fail to register your drone or display the ID properly and you could face civil and criminal penalties. Over 820,000 drone owners had already registered their craft before the federal court ruling earlier this year that halted the registry.

Lawmakers attempted to pass a new aviation bill in the Senate this summer before that effort stalled, The Hill reports. So instead, the lawmakers decided to slip the new drone rules into this defense bill that was just passed.

You can register your drone on this FAA registry website. You can also read the FAA’s current list of drone rules here.

US Army Partners With Marine Corps On 3-D Printed Drones