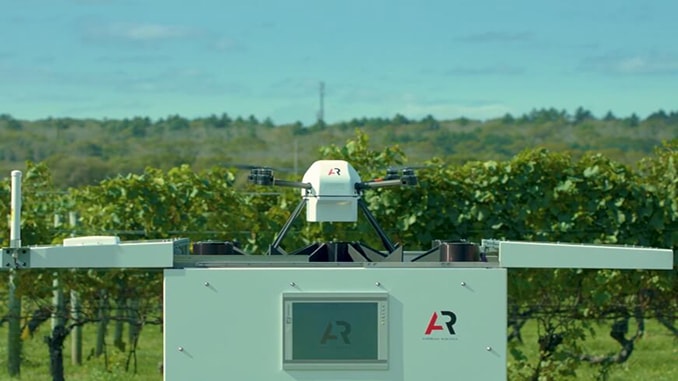 By 2050, the world population is expected to grow to 10 billion. As a result farmers will need to increase food production by 70%. This issue, coupled with a reduction in arable land and the shrinking number of farmers across the globe, will require new tools to increase automation and efficiency in agriculture.

Traditional scouting techniques, including first-generation and consumer drones, are inadequate at detecting plant stress early enough to offset the billions of dollars of lost yields. These methods are often time-consuming, complicated, and uneconomical. To improve agricultural decision-making, optimize inputs, and maximize yields, automation must be delivered in a reliable industrial solution.

Scout delivers this automation in a turn-key package consisting of an autonomous drone with visual and multispectral cameras and a weatherproof drone station which handles housing, charging, data processing and data transfer. Once installed within a farmer’s field, it requires no manual intervention to plan, fly and manage the drone operations. Health reports and analysis are seamlessly sent to the farmer. The system has already been deployed in a range of agricultural locations across the United States this summer.

“The technology behind Scout was developed after working with farmers and ag professionals to understand the unique logistical and economic challenges they face. As a result, Scout is the first practical, industrial drone system that truly addresses the needs of this industry. Full-automation is a key ingredient in the future of precision farming, and we’re eager and excited to finally deliver this capability to our customers.”

American Robotics is headquartered in MassRobotics in Boston, an emerging hub for robotics startups.