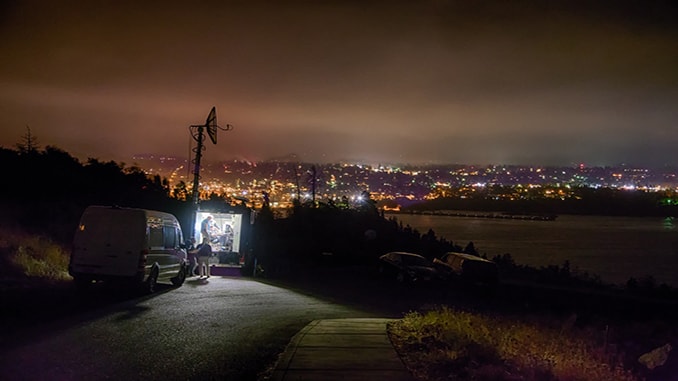 In the wake of Hurricane Harvey, Insitu, a leading information services company with more than one million operational UAS flight hours, put INEXA Solutions™, its aerial remote sensing services professionals and suite of tools and capabilities — including Insitu’s ScanEagle UAV and manned aircraft equipped with powerful scanning payloads and sensors — to work on supporting the Houston area’s disaster recovery efforts.

Insitu deployed operations personnel and four ScanEagle Unmanned Aircraft Systems (UAS) to Corpus Christi, Sugarland, and other sites around Houston. Participating in emergency response efforts such as search and rescue, damage pollution, critical infrastructure assessments, security and monitoring, and unmanned and manned aviation over watch protection, Insitu launched and conducted beyond visual line of sight (BVLOS) operations over the Port of Corpus Christi. The main channel at Corpus Christi was blocked with submerged debris, preventing regular shipping traffic — typically moving approximately $100 million in goods per day — from entering the port. The Insitu team conducted main channel assessments, identified hazards to navigation, and isolated damage to the Port’s critical infrastructure. The Insitu team located a submerged ship in the bay, and provided debris maps and other information to response crews that contributed to the reopening of the Port of Corpus Christi within six days.

At Sugarland, Texas, a second base of operations was established, where Insitu used payloads including infra-red (IR) and full-color video, telescopic optics, and broad area precision mapping for information delivery. The Insitu team flew the ScanEagle BVLOS, utilizing the range and endurance of the aircraft to extend the limits of its data collection missions.

Concluding its missions in Texas, Insitu in September relocated its ScanEagles and crews to assist with fire suppression at the Eagle Creek Fire in Oregon, across the Columbia River from the Insitu headquarters in Bingen, Washington. The Eagle Creek fire hit very close to home, burning nearly 50,000 acres throughout the Columbia River Gorge region, and forcing many residents, and Insitu employees and their families to evacuate their homes to escape the blaze.

At the Eagle Creek fire, the ScanEagle system provided optimal, near real-time data for firefighters and first responders, resulting in heightened emergency response efforts, increased situational awareness and safety, and supported planning and resource allocation. The ScanEagle can supplement manned firefighting fleets by “flying the gaps,” or operating during dense smoke conditions or at night, when manned aircraft typically are grounded due to hazardous flying conditions for pilots.

In October, Insitu’s fire suppression efforts moved from Oregon to Northern California, where the ScanEagle averaged approximately 10 flight hours per night over several nights at the Mendocino Complex fire, and subsequently at the Central Complex fire in Santa Rosa. Insitu’s ScanEagle collected and processed data on hot spot and fire line locations, and disseminated up-to-date information to firefighters for their morning planning meetings.

All efforts for air space access were coordinated with the FAA, as well as the various fire suppression agencies.

About Insitu
Insitu is an industry-leading provider of information for superior decision making. With its headquarters in Bingen, Wash., and offices in the U.S., U.K., and Australia, the company creates and supports unmanned systems and software technology that deliver end-to-end solutions for collecting, processing and understanding sensor data. We proudly serve the diverse needs of our global customers in the defense, government and commercial industries. To date, our systems have accumulated more than one million flight hours and nearly 125,000 sorties. Insitu is a wholly-owned subsidiary of The Boeing Company.