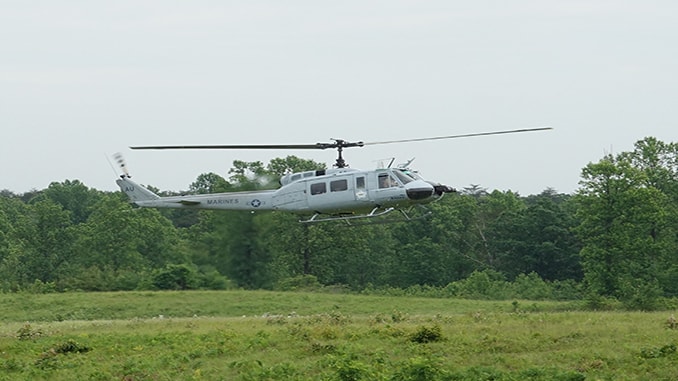 The UH-1, originally developed in the late 1950s and made famous by its role in the Vietnam War, was chosen by Aurora for its latest conversion to a robotic vehicle. The Aurora UH-1H, a later version of the UH-1 built in 1977, was initially certified under FAA Order 8130.2, which covers “inhabited” experimental aircraft such as homebuilt and other developmental aircraft. The latest certification under FAA Order 8130.34 permits Optionally-Piloted Aircraft (OPA) operation with only a Safety Pilot required to monitor the controls. “The Special Airworthiness Certificate is a significant validation of the program’s capabilities by the FAA,” said John Langford, Aurora Chairman and CEO. “The OPA technology not only enhances the UH-1H system but will expand the operational capability of the mission in the field.”

By focusing on safety and maturity in the digital flight control system, the AEH-1 permits the rapid development and test of emerging rotorcraft autonomy technologies. The aircraft is currently flying as the testbed for Aurora’s Tactical Autonomous Aerial Logistics System (TALOS) technology. The UH-1H is the third manned aircraft Aurora has converted to robotic-controlled or OPA operation. Other conversions include a Diamond DA42 and a Cessna C208 Caravan.

Star River Partners With Aerotronic To Develop Robotics Systems For The Security Industry.