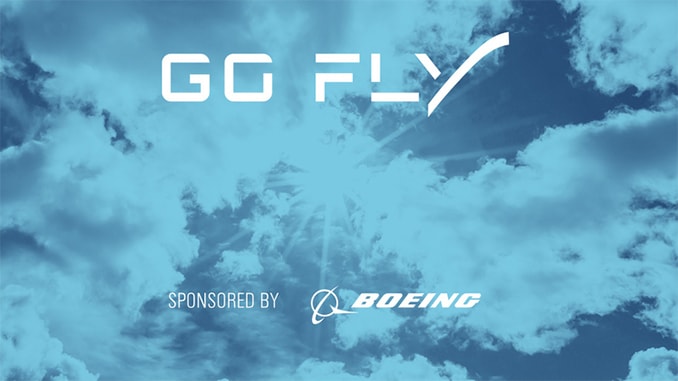 A new competition to encourage innovators to create a safe and easy-to-use personal flying device has been launched. The two-year competition, managed by GoFly with Boeing as Grand Sponsor, encourages teams from around the world to leverage recent advances in propulsion, energy, light-weight materials, and control and stability systems to make the dream of personal flight a reality.

The GoFly Prize is a $2,000,000 challenge to create a personal flying device that is safe, useful, and thrilling.

The goal of the GoFly Prize is to foster the development of safe, quiet, ultra-compact, near-VTOL personal flying devices capable of flying twenty miles while carrying a single person.

What we are seeking is an “everyone” personal flying device, capable of being flown by ANYONE, ANYWHERE. It should be a device for ALL: young and old, city-dweller and country-dweller, expert and novice.

Now is the time. Recent advances in propulsion, energy, light-weight materials, and control and stability systems have combined to produce a moment of achievable innovation. What can be accomplished today could not have been attained even a few years ago. Technological and scientific advances have resulted in a time when our most audacious dream—the dream of pure human flight—is now achievable.

GoFly is about flying people, not flying taxis. Today we look to the sky and say “that plane is flying.” We challenge you to create a device where we look to the sky and say, “that person is flying.” The device is for a single person, but what it looks like or how it works is up to you. We welcome revolutionary design, and while all devices must be able to fly a person, you have the option to use a mannequin to simulate the user and can operate the device as a remotely piloted or autonomous UAV. The device should function safely in both crowded cities and rural areas; it should be lightweight and maneuverable enough so that anyone can move it around, and it should be quiet not only for the user, but also for the general public. We are propulsion agnostic, but like all great inventions, the device should be user-friendly–almost an extension of the user’s body, and provide the thrill of flight.

The GoFly Prize is designed to capture our imagination. Indeed, throughout human history, perhaps no dream has been more shared than that of soaring in the skies. It has been pursued by the greatest minds from every corner of the world. It captivated the thoughts of Leonardo Da Vinci, culminating in his ornithopter.  It consumed the thoughts of Wendell Moore and his Bell Labs team, resulting in the first “jet pack.” It charmed an entire generation of children as they followed the chronicles of Superman.

Our goal is the same as Da Vinci’s and children of wonder throughout the ages: Make people fly – safely and effortlessly.

The GoFly Prize Competition will award $2,000,000 in prizes over three phases, culminating in a Final Fly Off in the Autumn of 2019.

Prizes will be awarded for each phase of the Competition as follows:

A complete set of Technical Rules can be found here.

Dates and other information are subject to change at the discretion of GoFly. GoFly will post changes on the Competition website to ensure that all registered teams are informed of any change. All submissions must be submitted electronically through the GoFly Competition website.