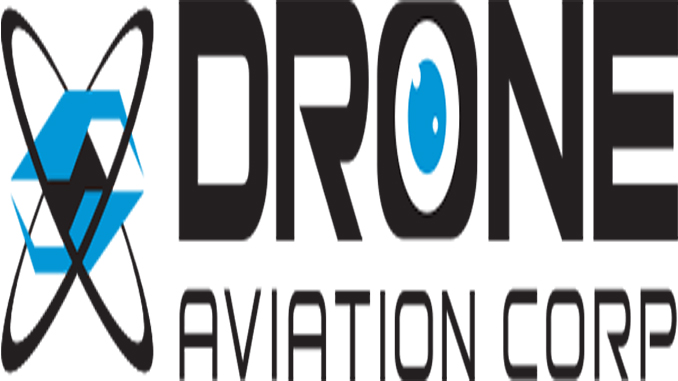 Drone Aviation Holding Corp., a manufacturer of tethered drones and lighter-than-air aerostats, today announced that it has received an order for its recently upgraded, multi-mission capable tactical Winch Aerostat Small Platform (“WASP”) from an existing U.S. Department of Defense (“DoD”) customer. The solider-operated WASP features support for advanced ISR (Intelligence, Surveillance and Reconnaissance) equipment including the simultaneous use of communications and daylight and thermal payloads, which are capabilities sought by the DoD customer following the in-theater use of previous WASP systems.

Under terms of the contract valued in excess of $800,000, the Company expects to supply the customer with the multi-mission capable WASP during the fourth quarter of 2017. Drone Aviation has integrated both advanced communications and daylight and thermal optical sensors onto the WASP adding new mission capabilities that were previously only available on much larger, less mobile, multi-million-dollar aerostat systems. The upgraded payload system includes secure voice and data network range extension highlighted by the ability to extend communications to over 30km made possible through the use of unique and proprietary system architecture.

“We are pleased to have received this repeat order from our customer, and it is especially notable because it comes as a direct result of the WASP’s demonstrated capabilities in the field and the positive feedback reported by users,” said Bruce Hardy, Vice President of Sales of Drone Aviation. “With its multi-mission capabilities operating at the edge, the WASP delivers persistence in a mobile, small footprint tactical solution, one that enables our military to see and do more, without the high costs and significant support requirements of larger existing aerostat solutions.”

“Over the past two years, we have invested significantly into advancing the capabilities of our tethered aerial platform technologies, introducing an array of new products into both military and commercial marketplaces. With this contract, and others we are looking to secure, we believe Drone Aviation is now entering the next phase of its development, one focused on contract sales,” added Jay Nussbaum, Chairman and CEO of Drone Aviation Corp.

The WASP is a highly tactical and mobile aerostat system which can be operated by as few as two soldiers and can provide day/night video and wireless communication range extension from either a fixed, stationary position or while being towed. Over the past four years, U.S. Army-owned WASP systems have successfully completed thousands of hours of soldier training operations, various DoD exercises, and customer operations. WASP is currently being utilized by the DoD as a mobile, tactical aerial solution that can support various ISR mission profiles involving ground-based assets as well as aerial assets through communication retransmission. Operating at altitudes of up to 1,500 feet AGL, the WASP system can significantly extend ISR capabilities and communications in remote and austere locations. The soldier-operated systems can be rapidly configured to support a variety of mission requirements for days, weeks or months with customized payloads.

No Replies to "US Government Orders Additional Multi-Mission WASP Systems"