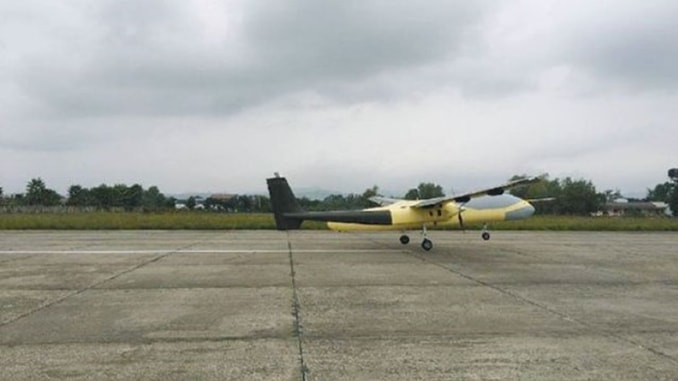 China’s TB001 ‘Twin-tailed Scorpion’ armed reconnaissance unmanned aerial vehicle (UAV) has made its maiden flight, according to a report by the Xinhua News Agency.

The 10 m-long platform took to the skies at an airport in southwestern China on 26 September just a few days after being unveiled by Chinese company Tengoen at the 14th China–Association of Southeast Asian Nations Expo that took place from 12 to 15 September in the Chinese city of Nanning.

Tengoen claims that the TB001 is the only Chinese twin-engine, twin-boom UAV on the market. The platform uses two reciprocating engines, has a wingspan of 20 m, a maximum take-off weight of 2,800 kg, a ceiling of 8,000 m, a maximum range of 6,000 km, and an endurance of 35 hours, according to information provided by the company.