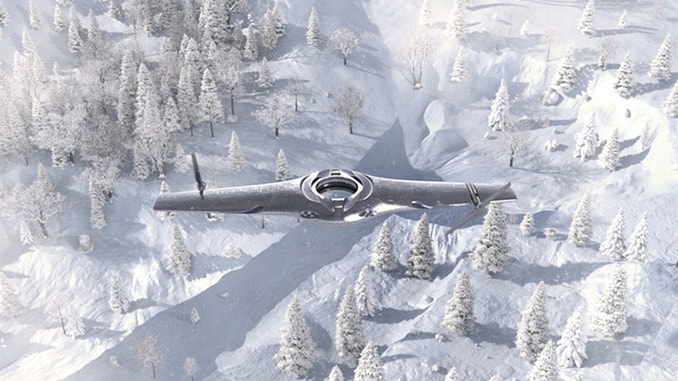 Engineers from BAE Systems together with students from Cranfield University, have revealed a new technology concept – named Adaptable UAVs – which can alternate between the two different flight modes in the same mission. When in rotary wing mode the UAVs can be launched and recovered from battlefields and docked on a special pole.

The Adaptable UAVs are a hybrid between fixed and rotary-wing aircraft, and would use adaptive flight control and advanced navigation and guidance software, which would allow the aircraft to benefit from the greater speed and range afforded to fixed-wing aircraft, before alternating to rotary-wing mode to hover and achieve vertical take-off and landing. This novel technology could allow UAVs to better adapt to evolving future battlefield situations and through working together in a swarm, tackle sophisticated air defences, as well as operating in complex and cluttered urban environments.

In the rotary wing mode of flight, the Adaptable UAVs can be easily and safely launched and recovered using a range of vehicles in dangerous environments that might be cluttered by personnel, other aircraft or vehicles. The pole constrains the lateral or sideways movement of the UAV when being launched or recovered so strong winds cannot dislodge them and avoids any damage to personnel nearby. This is particularly important when recovering a UAV to the aft of a ship or a land vehicle. The pole’s gyro-stabilised element also ensures that it remains upright independently of the host vehicle’s orientation, which may be rolling if on a ship, or in the case of a land vehicle driving up or down a slope at the time of the launch or recovery. 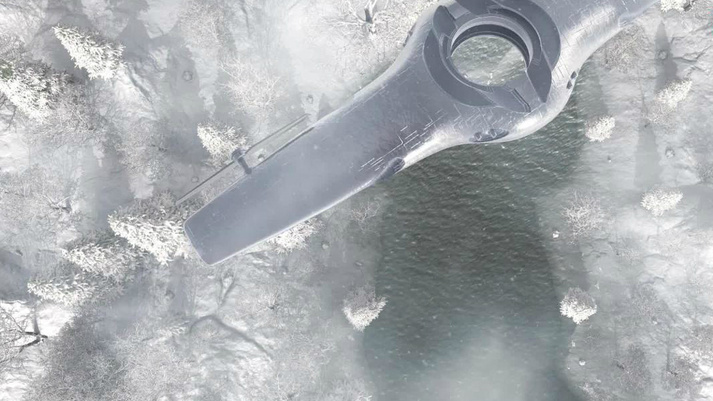 “The battlefield of the future will require novel solutions to meet emerging threats and to keep human operators safe wherever they may be’,” said Professor Nick Colosimo, BAE Systems’ Futurist and Technologist. “The Adaptable UAVs concept and related technologies are one of a number of concepts being explored through close collaboration between industry and students in academia.”

Professor Antonios Tsourdos, Head of the Centre for Autonomous and Cyber-Physical Systems at Cranfield University, said: “Working with BAE Systems on the Cranfield University MSc in Autonomous Vehicle Dynamics & Control has provided a great opportunity for the students and research staff to explore a range of novel concepts and technologies.”

Cranfield University is one of BAE Systems Strategic University Partners. Research staff and students have explored a range of UAV technologies including research into adaptive flight control and advanced navigation and guidance software.

BAE Systems has developed some of the world’s most innovative technologies and invests in research and development to generate future products and capabilities. The Company has a portfolio of patents and patent applications covering approximately 2000 inventions internationally.

FlytBase Announces The Release Of Its AI Platform For Drones