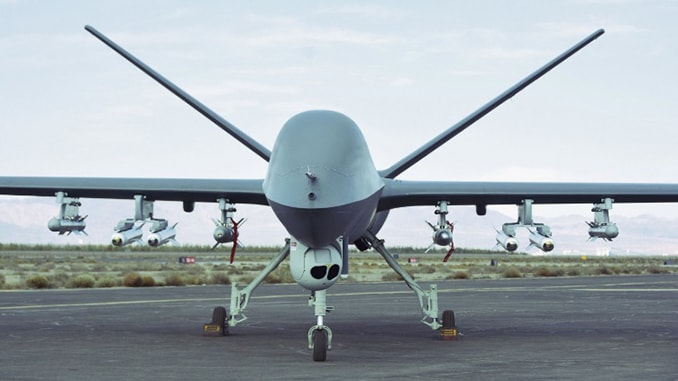 The latest test was staged out of an undisclosed airport in the northwestern province of Gansu during the morning of 21 September, with CASC engineers successfully deploying a new 80 kg-class PGM – carrying a blast fragmentation warhead – via lock-on before launch (LOBL) targeting protocols from a production-model CH-5 at a launch altitude of 11,482 ft.

Further details of the new PGM were not disclosed, although it is understood that the latest effort also enabled engineers to further test and fine-tune the CH-5’s electro-optical/infrared (EO/IR) payload as well as its weapons targeting and rail-mounted payload release mechanisms.

“We demonstrated the CH-5’s ability to win the initiative in any battlefield with its reconnaissance and strike ability, and our latest success exemplifies the maturity of our advanced products,” a company spokesperson told Jane’s .

Company sources also revealed to Jane’s that the 45 kg-class AR-1 semi-active laser (SAL) anti-armour missile was successfully integrated and certified for delivery aboard the CH-5 in August.