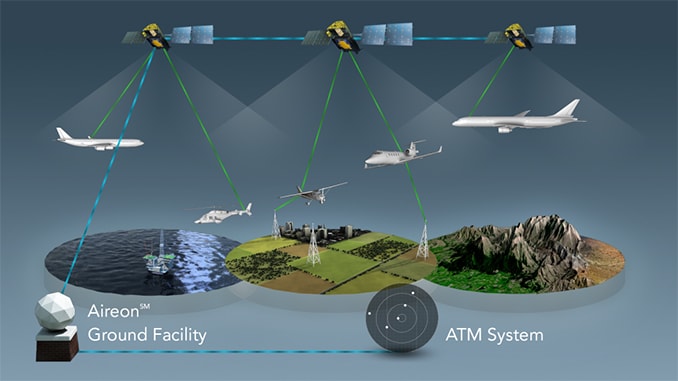 Aireon announced today that it has signed a Memorandum of Understanding (MOU) with The General Directorate of State Airports Authority (DHMI), Turkey’s Air Navigation Service Provider (ANSP). DHMI has agreed to collaborate with Aireon and intends to utilize space-based ADS-B to augment its current surveillance capabilities and also utilize it as a contingency layer in the event of an outage.

DHMI borders the dense EUROCONTROL airspace and provided terminal and passenger service to over 35 million domestic and international passengers across 55 airports in Turkey in the first three months of 2017. As a main region for international travel between continents, DHMI regulates and controls the airspace over the high seas within the Ankara and İstanbul Flight Information Regions (FIRs). DHMI will work with Aireon to develop a concept of operations for the implementation of space-based ADS-B in their airspace.

“DHMI controls one of the fastest growing airspaces on the European continent. There has been significant growth in international routes utilizing Turkey as a hub, and passenger traffic is at an all-time high,” said Cyriel Kronenburg, Vice President, Aviation Services, Aireon. “Aireon is primed and ready to assist DHMI in the creation of a concept of operations for the deployment of space-based ADS-B.”

Aireon announced on 25 June 2017 the successful launch and deployment of the second batch of 10 Iridium® NEXT satellites, carrying its space-based ADS-B payloads.  The third launch is scheduled for 4 October 2017 and will increase the total number of AireonSM payloads in orbit to 30, with another 45 prepared for space in a series of 5 additional launches, planned over the next year.