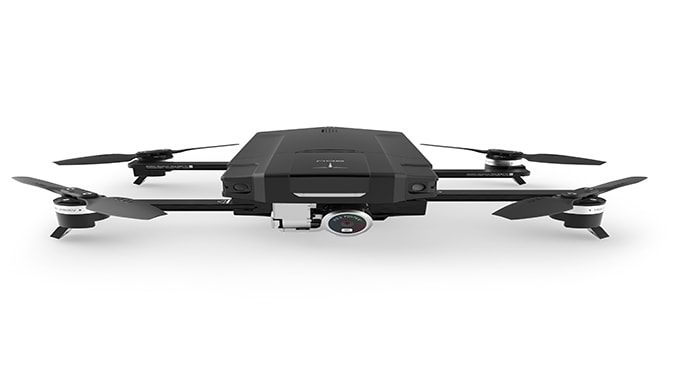 GDU, the leading consumer drone manufacturer focusing on power and portability, today announced the official launch of the GDU O2 at InterDrone 2017. The GDU O2 covers all the requirements for being the “perfect storm” of drone technology: It carries the best price for a full-function, portable 3-axis gimbal drone that is safe and easy to fly and captures top-quality video. The GDU O2 is truly the best go-to option for the everyday drone – for everyone, everywhere, anytime.

While several companies have released their versions of GDU’s foldable design, touting their ability to fit into small bags, most are still priced too high or focus on a single use case (like selfies), making their usability less marketable across all age groups. To solve the problem of usability, GDU once again created an industry-first by giving the O2 arms that slide inside the body to give it the smallest form factor and extreme endurance by making the arms out of aviation grade aluminum alloy.

“Drones are quickly becoming mainstream, but even with some new releases, no drone before this has really hit that perfect mark of being more competitively priced and easy to use without sacrificing quality and functionality,” stated Nicolia Wiles, GDU’s director of digital. “The new GDU O2 is versatile enough to appeal to both newbies and experienced users alike.”

The ultra-compact body of the GDU O2 is the smallest form factor for full-use drones and holds an even bigger surprise – it holds the remote control within the body of the drone, making it the most portable drone available today. After all, who cares if a drone fits in your pocket if you have to carry the controller in a separate bag. It also comes equipped with a fully stabilized 4K camera, obstacle avoidance, a visual navigation system, and a host of smart drone features.

The GDU O2 provides for 20 minutes of flight time, with a guaranteed one-kilometer video downlink system included in the shipped model (no additional downlink technology needed). Price of the O2 model is $732.00 (teased by a hidden Easter egg for all our early fans). The GDU O2 Plus will officially launch next month with upgraded features and extended video transmission distance.

For ability to buy under pre-order: https://store.gdu-tech.com

For more information on where to purchase and product details, visit Gdu-tech.com.