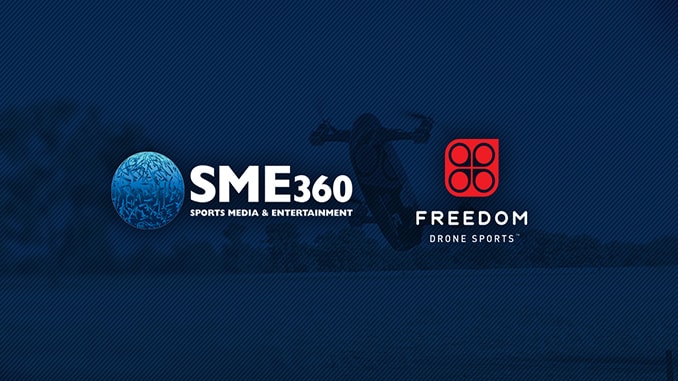 It was announced today in Melbourne, Australia that Freedom Drone Sports (FDS) and Sports Media and Entertainment 360 (SME 360) have formed a new company to manage and promote the newly sanctioned FAI Freedom Class and Freedom 500 Drone Racing series globally. Both FDS and SME 360 will have equity in the new entity and will partner to build the commercial and event aspects for the new series. The initial focus will be on the Asia Pacific region and then plans are being finalized to move into Europe.

In announcing the partnership, Paul New, Managing Director of FDS commented, “We are very excited to welcome SME 360 on board at a time when we expect to see a significant step-change ahead for the drone racing industry both here in Australia and globally. Martin and his team’s wealth of experience in the sports and entertainment industry will be invaluable to both FDS and the drone racing industry as a whole, bringing the sport to mainstream audiences so they can experience the thrill of one of the fastest growing sports across the globe.”

Martin Jolly, Founder and CEO of SME 360 added, “I am thrilled to be working with Paul New and Freedom Drone Sports. Paul and his team are experts in the drone industry and his knowledge and enthusiasm for the business is motivating and infectious. They are leaders in the field and ahead of the curve with their development of Drone racing.

“SME 360 will be an equity partner and commercial agent for the business and our role will focus in on the commercial aspects including capital raising, sponsor partnerships, media partners, international television distribution, television production ,venue partners, licensing and merchandising opportunities, ticketing partners, web development, social media partners, gaming and wagering partners, event creation and implementation and government support. I see this partnership as a significant addition to the SME 360 business and am really excited about the industry and potential to build FDS into a very valuable company over the next few years.”