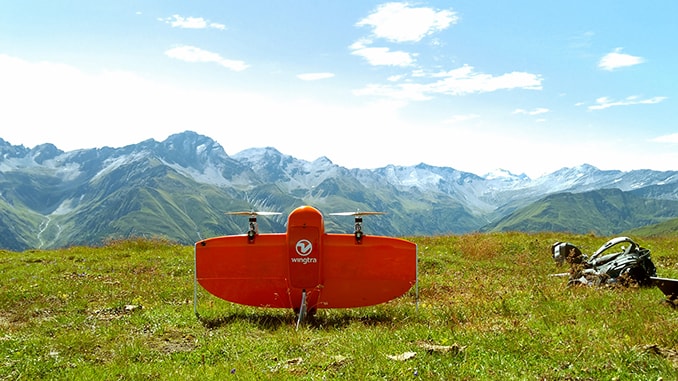 Wingtra​ Announces​ Partnerships​ ​With​ Resellers​ In​ ​China​ ​And​ The​ ​US

After being released earlier this year, the WingtraOne is now spreading its wings in international waters. First stop: US and China. “We are proud to say that our users come from areas as diverse as surveying, precision farming, glacier monitoring and wildlife monitoring,” says Basil Weibel, CEO Wingtra. Within few months, the startup has already amassed swift popularity and a loyal customer base worldwide.

The secret sauce is a combination of high range and usability. With the drone technology emerging rapidly, users have been turning to the Unmanned Aerial Vehicle market for aerial data collection. However, the choice has typically been between fixed-wing airplanes and multirotors. Fixed-wing airplanes offer long range but can be too cumbersome to use. Either they need long runways, limiting the options for takeoff, or need catapults. In contrast, multirotors offer great flexibility for takeoff and landing, and in turn, ease of use. However, they’re severely limited in flight time and speed – the most popular quadcopters, for example, can only offer a flight time of around 20 minutes covering roughly 40 hectares.

Combining the best of both worlds — Enter WingtraOne
This gap between usability and high range is what WingtraOne is bridging. It is designed as a tailsitter drone that takes off and lands vertically (VTOL) like a multirotor, but flies like a fixed-wing airplane in air. This efficiency in flight gives it a flight time of up to 55 minutes covering anywhere between 280 and 400 hectares at 3cm/px GSD depending on the specific sensor – the same area as 570 football fields.

This ease of use is greatly amplified by its flight planning software, WingtraPilot. The process of planning a survey takes roughly 5 minutes. Then, with the press of a button, the WingtraOne takes off, collects aerial imagery, and lands — all fully autonomously. The user, thus, does not have to worry about needing any pilot training.\

With its high payload capacities, the WingtraOne offers a variety of high end sensors to generate high resolution imagery for orthophotos, 3D reconstructions, cloud points and NDVI maps. Wingtra’s selection include the 42 megapixel full-frame Sony RX1RII. Thanks to the vertical landing, the cameras are well-protected and are never at a risk of damage by belly landings.