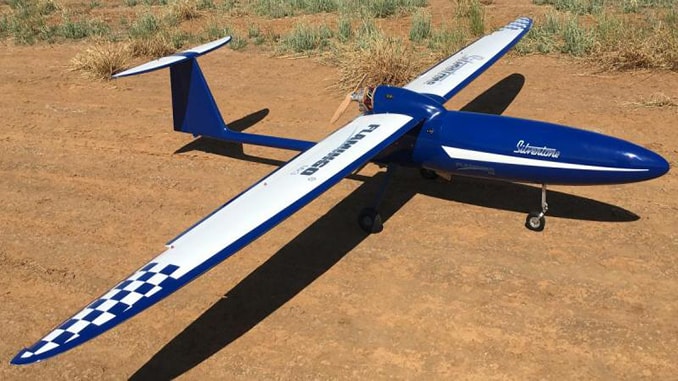 Silvertone® Electronics of Wagga Wagga, Australia, is pleased to announce that this week we have commenced manufacture of three Flamingo®Mk3 Flexible Fixed Wing RPA’s  for supply to an arm of Energias do Brasil for use in BVLOS Energy Asset Monitoring. There are prospects for supply of many more after their proof-of-concept project is completed.

This is a significant endorsement of our flexible technology based platform which allows customers to develop bespoke solutions across a wide variety of operational and payload solutions. In parallel with the manufacture for this client, Silvertone® continues to work towards the proof-of-concept of the platform in a covert communications and surveillance role for the Australian Federal Police and other law enforcement bodies, in conjunction with Cistech Solutions of Toowoomba, Queensland, UAV Vision of Port Macquarie, New South Wales, and Currawong Engineering of Kingston, Tasmania.

Through its subsidiaries the company generates, distributes and sells electric energy in nine Brazilian states. In the generation segment it has 2,3 GW of installed capacity. In the distribution segment, the group operates in two states (São Paulo and Espírito Santo) and serves a total of 3.1 million customers. In the commercialization segment, EDP operates in the free contracting environment both in the concession areas of their distributors as well as in other concession areas, and in renewable energy segment the company operates wind and hydro electric plants.

Further information regarding the Flamingo® Mk3 is available on Silvertone’s  website.