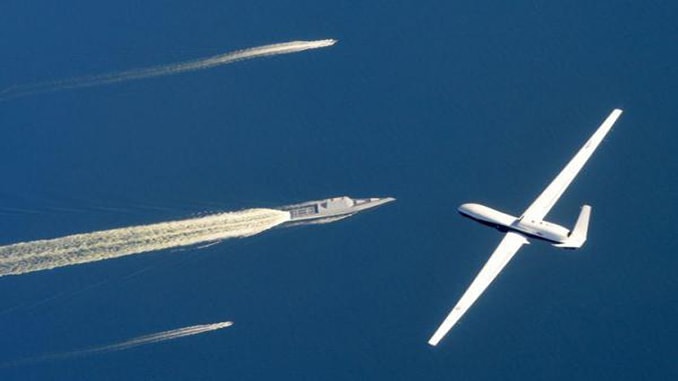 Northrop Grumman Systems has received a $19.9 million contract for engineering and analysis of obsolescence issues with the MQ-4C Triton unmanned aerial vehicle, the Department of Defense announced on Tuesday.

The contract will go towards program management, qualification tests, and systems analysis for the Triton. Work will primarily be performed in Baltimore, M.D., and is expected to be finished by May 2020.

The MQ-4C Triton is a derivative of the RQ-4 Global Hawk surveillance UAV and is currently under development for the U.S. Navy. It is designed as a sensor platform for long-range and high-endurance surveillance missions over ocean and coastal areas.

It has a range of over 9,000 miles and can stay aloft for over 24 hours before refueling. The Triton mounts maritime radar, electro-optical and infrared cameras, communications relays and electronic support measures systems.

Once operational, it will serve alongside the P-8 Poseidon maritime patrol aircraft as the Navy’s primary long-range aerial intelligence, surveillance and reconnaissance platform. The Navy plans to purchase 68 Tritons as part of its UAV fleet.