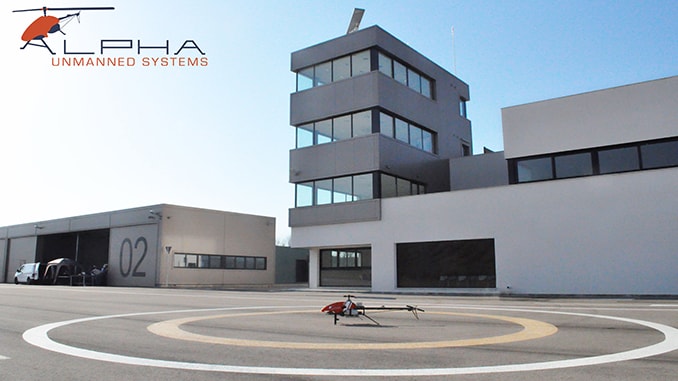 Alpha Unmanned Systems Teams Up With Sky Sapience and Sightec

In a region most known for endless kilometers of olive trees, UAV technology took a big step forward this June. Working together in the advanced ATLAS Flight Test Center, three industry leaders, Alpha Unmanned Systems, Sky Sapience and Sightec stabilized without gimbal and only with software a real-time video with extraordinary precision.

Vibrations make video imagery hard to analyze. A bit of shakiness on the ground is one thing, yet the same shakiness at 1,100 meters is another thing altogether. Real-time imagery is of little use to detect objects on the ground if the picture quality is poor. Fortunately, Alpha Unmanned Systems, Sky Sapience and Sightec have stabilized real-time video. Imagery captured at the ATLAS Flight Test Center in Jaen, Spain, using an ALPHA 800 UAV helicopter at 1,100 meters above ground level, reveals the rolling hills of Andalucia like never before.

Over the course of multiple test flights conducted during two full days, the Sightec camera (without its gimbal and only with software) followed a pre-defined flight path far beyond the line of site (BVLOS).  At 1,081 meters AGL, the camera and software stabilized the imagery in real-time and relayed this data to the ground control station and to the Visionair application.

Using the Ground Control Station, Alpha pilots defined the flight path, hover times and altitudes. Both pilots (an internal and an external) prepped the Alpha 800 for flight; one checking the mechanical features of the helicopter and the other checking the instrumentation. Once prepped and with the engine running, the Alpha 800 took off automatically.

The Alpha 800 helicopter ascended at a rate of 3m/s. At 1,081 meters AGL, the internal pilot switched to Hover Mode and began recording video.

Video content is stabilized in real time on board and then streamed to the Ground Control Station. The imagery from 1,080 meters altitude is equivalent to 100 hectares and has a resolution of 194mm per pixel. This means that a standard car is 23 pixels (4.5m). This quality enables a real-time detection and tracking of moving objects capability.

Once the video was recorded, the Alpha 800 UAV Helicopter returns to Auto Mode and heads to the next waypoint to repeat the task. This real-time, gimbal free, software only video stabilization allows real-time detection and tracking of moving objects. While many optics companies distribute “gimbal stabilized” video, Sightec’s software-only solution is unique and provides significant quality advantages that result in excellent analysis and precise response.

Upon completion of the mission, the UAS began its descent autonomously at 3m/s. When the Alpha 800 descended to 150m AGL, the internal pilot started the Auto Landing Mode and the UAV helicopter landed in the exact location from which it had taken off.

For more information about the companies that have contributed to seeing Andalucia like never before, please visit: