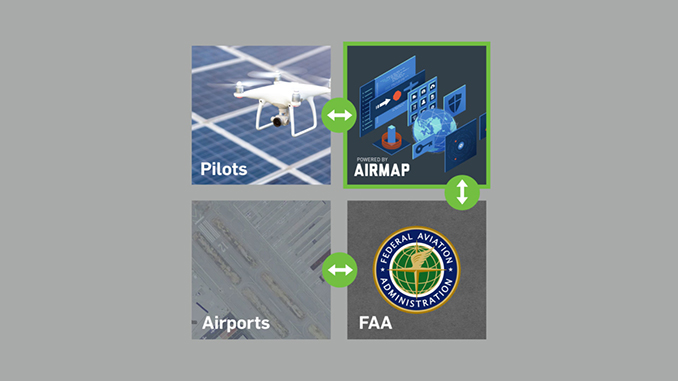 Fifty airports are preparing to provide LAANC authorization this fall.

Today, flights in controlled airspace, at certain times of day, or near sensitive locations require authorization from the FAA. Authorization requests are subject to long waiting periods of up to 90 days and labor-intensive manual approvals, which can delay or even prevent commercial operations from getting off the ground.

To address these challenges, the FAA has convened a small group of 12 companies, including AirMap, to determine how third party vendors can help the FAA provide automated authorization for safer and more efficient drone operations at scale.

This Low Altitude Authorization and Notification Capability, or LAANC, will allow drone operators to apply for instant, digital approval to fly in U.S. controlled airspace using the same applications they use for flight planning and in-flight situational awareness.

LAANC began earlier this summer with the FAA’s release of UAS facility maps depicting specific areas and altitudes near more than 300 airports where drone operators can request airspace authorization more effectively and efficiently. Within 24 hours, these facility maps were available to commercial drone operators on the AirMap platform.

And now, 50 of the nation’s airports have been chosen to begin providing LAANC authorization by the end of the year, giving us a sneak peek at how Unmanned Traffic Management (UTM) will work in the U.S. – and how AirMap is making UTM possible for the commercial drone industry at scale.

The complete list of the first 50 airports can be found below. Learn more about what LAANC means for the commercial drone industry in AirMap cofounder Greg McNeal’s recent article in Forbes.